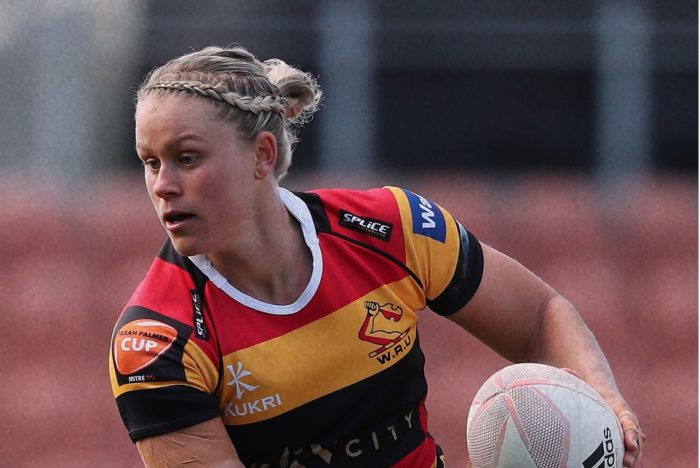 Both the French and New Zealand competitions have had a redesign this year.

Concerns about too many uncompetitive games means that the French Elite 1 season is now split in two with a preliminary stage from which the leading teams will play off for the title in the second half of the season.

New Zealand, on the other hand, have moved in the other direction with the former two “Premiership” and “Championship” divisions being split geographically into “north” and “south” pools, a move that may cut down on travelling but which is also likely to lead to some top heavy games.

As so it proved in the open round when Counties Manukau – one of the leading teams in recent years – took on the former second level North Harbour, and thumped their visitors 89-3 in Pukekohe.

Counties scored eight second-half tries and 14 in total, with wingers Ruby Tui (three) and Waikohika Flesher (four) scoring half of the Heat’s five-pointers.  Hazel Tubic added 24 points with a try, a penalty and eight conversions while her opposite Hayley Hutana scored North Harbour’s only points with a penalty in the 15th minute.

On Sunday last year’s Premiership runners-up Auckland travelled to Taranaki, the basement team in last year’s Championship, given which a 38-0 defeat by the host was actually a good performance. They held Auckland scoreless for the first quarter, but in the end Auckland had too much power. In the final hour Theresa Fitzpatrick grabbed two tries, captain and Black Ferns lock Eloise Blackwell also got on the scoresheet, along with debutante flanker Liana Mikaele-Tu'u, hooker Cristo Tofa and right wing Nathalia Moors. Fullback Patricia Maliepo converted the last two tries with superb sideline conversions in testing conditions for an eight-point haul.

On the other side of the world, Elite 1 began in France with seven of the eight planned fixtures.

As usual game between “top 8” teams taking on the rest, with somewhat predictable results. In Pool 2 Toulouse  – runners-up in 2019 – came away from Rouen with a 45-6 win and Rennes went even better with against Stade Francais, coming away with a ten-try 68-0 win

Montpellier looked in impressive form at Lille in Pool 1. The northern hosts are still trying to recover from the loss of most of the key players and coaching staff back a couple of years ago, and it was one of their “lost” players – Marine Menager - who opened the scoring against them in the first minute.  Ten more tries were to follow, with Montpellier reaching their bonus point inside the first ten minutes thanks to Boujard and Marine Menager, and the champions were 36-0 up at the break, including a brace from Rkya Ait Lahbib.

The other Menager sister – and fellow Lille “graduate” – Romane Menager got the scoring going in the second minute of the second half, and the flood of points continued. Boujard scored her second try in the 53rd minute, and Romane her second in the final minute. Final score – 81-0 to Montpellier.

However in the same pool newly promoted La Valette had a promising start to their return to the top losing just 14-0 to Lons, all the points coming in the first half - a results which suggests that there is hope for Lille yet.

Blagnac showed why they aree favourites to win Pool C seeing off Chilly Mazarin 55-0, but Bayonne struggled to to beat a determined Lyon just 15-3 win in their Sunday fixture.

Only one game took place place in Pool 4 - and this was between the two top teams in the pool as Bobigny hosted Romagnat. The home team began as favourites, but Romagnat seized the initiative with a try after four minutes, and lead 13-3 at half-time. The game continued to be well contested in the second half, with only a single penalty for Bobigny being added to the score, Romagnat winning 13-6.