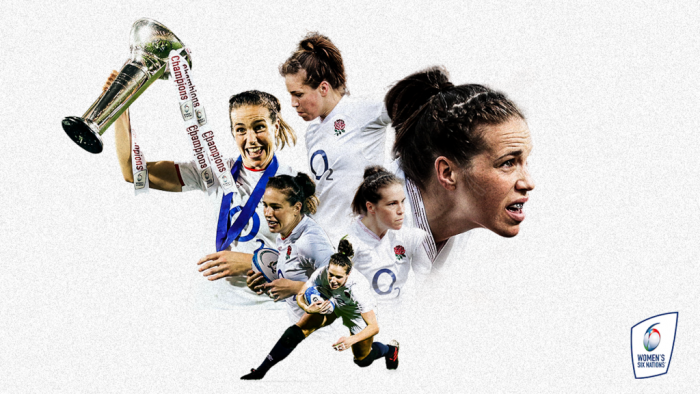 Emily Scarratt received the most votes from the Head Coach and Team Captain of each participating Women’s Six Nations team - the first time the award (made by sponsors Guinness) has been made.

"The 30-year-old’s try from close to the half-way line against France was vital as England got their campaign off to a winning start, sealing victory against the Red Roses’ fiercest Women’s Six Nations rivals. She rounded out the campaign with a similarly impressive score against Italy as England won their fifth game to become back-to-back Grand Slam Champions.

"Scarratt played the most minutes out of any player in the Championship, starting every match and only being subbed off late in the second half in England’s final match win against Italy to secure the Women’s Six Nations Grand Slam."

However, the award has also been made while three of the Championship's game remain to be played. Scotland in particular have only played three matches, while England are the only team to have completed their programme. It is therefore no surprise that Emily has so far played more minutes than any other player.

Commenting on the award Ben Morel, CEO of Six Nations Rugby Said: “I would like to congratulate Emily on winning the first ever Women’s Six Nations Player of the Championship award. She is an amazing player who beat tough competition to win this accolade. Well done Emily!”

Mark Sandys, Global Head of Beer at Diageo, said, “On behalf of the GUINNESS team, we would like to congratulate Emily Scarratt on a fantastic performance on the pitch this year. 2020 has been a year. Emily played a vital role in England’s second Grand Slam, scoring the key try against France. The fact that Emily has received this award from her peers makes it extra special. Our heartfelt congratulations to her. We’re also proud to be part of making the first ever Women’s Six Nations Player of the Championship, presented by GUINNESS, a reality with our friends at Six Nations Rugby.”