England have awarded 28 players with full-time professional deals which will run until the end of August 2020. 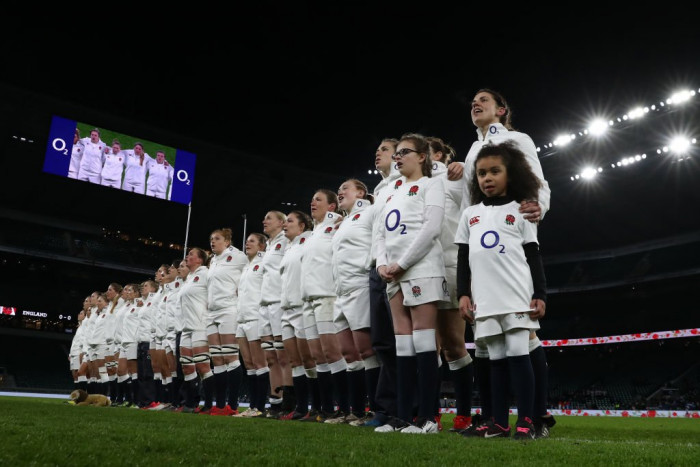 Head Coach Simon Middleton said: “The quality of the players within the Tyrrells Premier 15s has meant the competition for contracts has and will continue to increase which will only be a positive as we continue our long-term build-up to the 2021 World Cup. The league keeps throwing up new talent.

“We looked at the squad before we went out to San Diego in the summer and knew some of the players who were going to be awarded contracts this season. We also looked at some players who we thought probably needed to make a statement in San Diego.

“A couple of players were unable to make the trip. Bryony Cleall was ruled out through injury but we believe she’s got the potential and the playing characteristics that can bring a point of difference to the group. We are giving her an opportunity but as with all the players, it’s now down to her to take it.

“Other players, such as Claudia MacDonald went out to San Diego and had a great tournament. “She’s learning her trade as a scrum half but can also play on the wing as she did against New Zealand where she had a strong game.

“Emily Scott is not only a top quality player but offers great versatility in her play, a characteristic that is vital when you’re competing in tournament rugby.

“Last season, a number of players surfaced within the league who were showing great potential and we felt it would be wrong not to look at them.

“We’re really pleased with the squad of 28 and we’ll continue to adapt and call on other players at any given time. The whole league is a pool for us.We’re all looking forward to the season ahead.”

RFU Head of Women’s Performance Nicky Ponsford added: “As we’ve seen since January, full-time contracts help to ensure we have access to players to develop them and allow them to fulfil their potential.

“Our preparations for the 2021 World Cup are firmly underway and we have a big season ahead of us.

“We’re delighted with the ongoing collaboration between ourselves and the Tyrrells Premier 15s clubs and we look forward to continuing this work and developing our national team and domestic league throughout the season.”