England down Australia in tour opener

Having gone behind early, England got their summer test series off to a winning start with a 53-10 victory over Australia at Porirua Park, New Zealand. 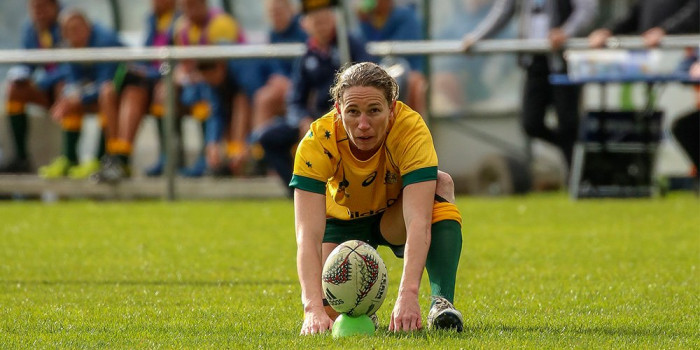 It was the Wallaroos who took the lead in the third minute when full back Ashleigh Hewson dived over following some last ditch defence from England on their own line.

England responded quickly with a catch and drive and Noel-Smith emerged the scorer with her fourth international try.

After 20 minutes England had their second try from another driving maul, lock Abbie Scott scoring on her first international appearance since the 2016 Six Nations.

Nine minutes later England's pack continued to make inroads into the Australian defence, but the ball was cleverly shifted out wide to McKenna to dot down in the corner.

Hewson then registered a penalty for Australia but the Red Roses had the final say of the half. On the stroke of half-time the ball went through the hands and Wilson sidestepped the final defender to saunter over.

England came out firing in the second half and extended their lead in the 43rd minute, Rachael Burford broke through the Australia defence and unselfishly fed Fleetwood to cross.

The Red Roses' constant pressure told again 10 minutes later, Millar-Mills this time the beneficiary as she galloped over and Emily Scott nailed the conversion from out wide.

McKenna scored her second try on the hour-mark with another assist from Burford and two minutes later McKenna turned provider for Wilson to also go over for her second try of the match.

With the game coming to a close a superb cross-kick from Burford allowed McKenna to complete her hat-trick and a comfortable win for the Red Roses.

“It was our first run out after a very long journey and a tough few days acclimatising. The players are slightly frustrated with a few errors but we’ve got to be pleased with putting on 50 points against a very competitive and physical international side.”

Looking ahead to England's next match against Canada on Tuesday 13th June (livestreamed on World Rugby Facebook page, 1:30BST), Middleton added “Ahead of our next game we’ll be topping up on our skills but more importantly we’ll be making sure we’re recovered properly. It will be another big challenge against Canada.”