The RFU have announced details of their bid to host the 2025 Women's Rugby World Cup, 15 years after a successful event in London in 2010. 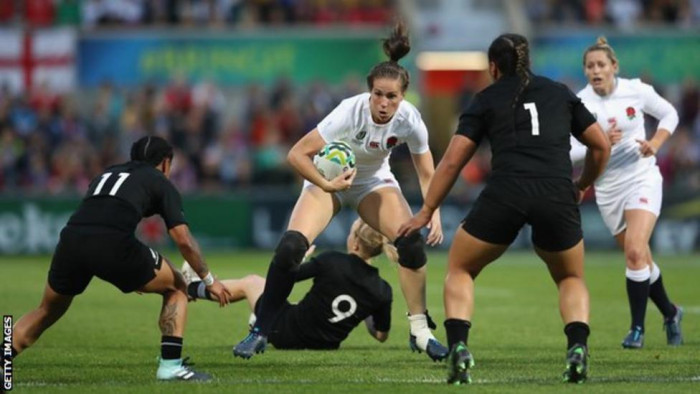 The bid includes a vision is to stage a nationwide festival of rugby, with pool matches held in multiple cities around the country and the final played at Twickenham in front of a sold out 82,000 people, which would far surpass any crowd ever at a women's game.

The RFU will submit the bid to World Rugby in January “subject to securing sufficient private and public-sector funding” with France understood to also be planning a bid.

Renewed effort will be put on marketing and encouraging fan attendance at Allianz Premier 15s matches and club houses will be opened up to hosting events to encourage women who have never played or watched rugby to see rugby clubs as a place they would like to visit.

Bill Sweeney, the RFU chief executive, said hosting the 2025 tournament would reinforce the UK’s reputation as “a global leader in promoting women’s sport”.

“Playing in a home World Cup in 2010 was special and it would be incredible to host another here in England,” Sarah Hunter, the England captain, said.

“The plans to deliver a multi-city and multi-region approach to the tournament are really exciting. We’ve seen first-hand the impact taking the Red Roses around the country has had on growing our support and it would be great to give people across the country the opportunity to watch elite women’s rugby on the biggest stage.

“Last but certainly not least, the impact the legacy programme would have for rugby at all levels both from a participation and fan perspective is an exciting prospect.”

The union stressed heavily that a final bid submission depended on securing £30m either via government support or private investment.

The RFU have also confirmed several new appointments in the women's game.

Alex Teasdale has been appointed Head of Women’s and Girls’ Game and will be responsible for leading the women’s game in participation, performance, commerciality and visibility to deliver the action plan.

Matt Farnes becomes the RFU's first women's and girls' marketing manager, having previously worked across numerous game-wide campaigns including 'Pitch Up For Rugby' and 'Show Your Shirt' in his role as marketing manager.

New roles have also been introduced to support key areas, previously looked after by Nicky Ponsford, who joined World Rugby as Women’s High-Performance Manager on a two-year secondment. Amy Kimber-Roberts moves to become Allianz Premier 15s Strategic Operations Manager and will be supported by an Allianz Premier 15s Operations Executive.

A Women’s Performance Manager will be appointed in the coming weeks, to work across the organisation and game to deliver the key performance outcomes outlined in the action plan.