England have named their squad for the World Cup which includes five players about to play in their third tournament. 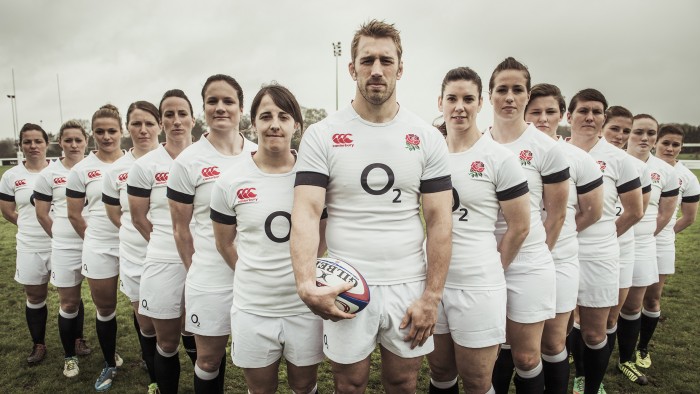 The side is captained by regular skipper Katy McLean with  Maggie Alphonsi, Rachael Burford, Tamara Taylor, Danielle Waterman and Rochelle Clark all facing their third World Cup and bringing huge experience to the group.

There are no major surprises though wing Natasha Brennan, who has impressed of late, can consider herself unlucky not to be involved, unless injured, while Street has resisted the urge to recall either Alice Richardson or Jo Watmore - the latter who has reappeared for England in a 7s shirt in recent months. There is no place either for backrow Hannah Gallagher, though England have significant depth in that area, while Michaela Staniford, who has been more of a 7s specialist of late, is another not named.

Street said: “This is a really exciting and strong squad going into a World Cup. We’ll be heading to France in a strong position. For several players there is disappointment as they haven’t made the squad, but they are world class players who have been a very important part of this process.

“We have a good balance of new, fresh players hungry for their first World Cup experience but also several more experienced heads. Alex Matthews has nine caps, six of them in wins against New Zealand and although injuries have stalled her progression over the last 12 months, she has come back well in international sevens and we are excited by what she’ll bring.

“At the other end of the scale, we have five players ready to take on their third World Cup. Danielle Waterman, Maggie Alphonsi, Tamara Taylor, Rochelle Clark and Rachael Burford have all been there and done it and they inevitably have a massive appetite to make it third time lucky.

“We now have a couple more weeks of camp time before we leave for France and we’ll use this time to look to raise the bar even higher and fine tune the details ready for kick off against Samoa.”

England’s WRWC campaign gets underway on August 1 against Samoa before taking on Spain on August 5 and Canada on August 9. All the pool games will be played at Marcoussis in Paris and the semi-finals and final, on August 13 and 17 respectively, will be staged at Stade Jean Bouin.