Barry Maddocks' departure means England are on the hunt for a new Sevens head coach ahead of the start of the second Women's Sevens World Series. 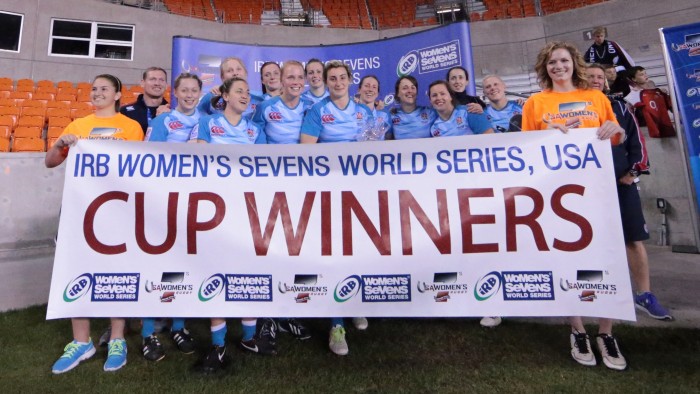 This season the RFU's women's focus is very much on the 15s game, with the World Cup in Paris next summer the key target.

The World Series, of which England are a core team, takes in six locations this season, kicking off in Dubai at the end of November. England are likely to allow some players to compete at both Sevens and 15s this season, though key players will focus predominantly on 15s.

The advertised role says that the Sevens Head Coach will also be required to support the 15s programme as required, in the role of Assistant Coach.

In a statement given to Scrumqueens.com the RFU said.

Maddocks leaves after four seasons working within the Women’s Sevens programme during which time he has been involved in winning three European titles and finishing second in the World Sevens Series in 2013.

RFU Head of International Player Development Joe Lydon said: “Barry deserves credit and respect for his commitment to our Sevens programme over the years, both as a full-time and sessional member of staff, and I would like to thank him for his contribution. There have been some memorable highlights over the years including two Marriott London Sevens wins and the IRB Challenge Cup victory in Hong Kong."

"Our collective focus within the RFU’s International Performance Department must be to build on the excellent work Barry has contributed to in order to ensure the England Sevens programme continues to go from strength to strength in competition against the best in the World.

"The RFU would like to take this opportunity to wish Barry every success for his future endeavours."

The RFU will now begin the immediate recruitment of a Women's National Sevens Head Coach.