Some of the biggest names in England women's rugby history will make their Barbarians’ debuts against their former side at Twickenham June 2. 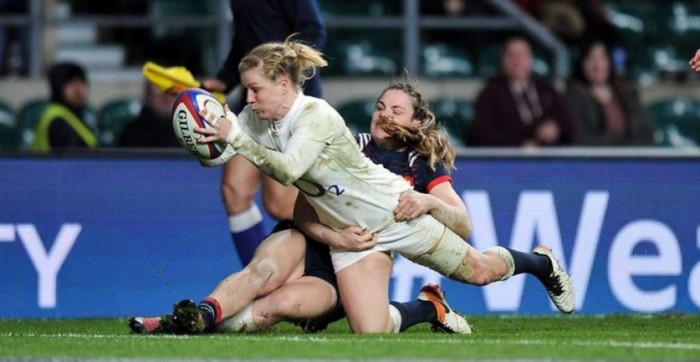 Full back Danielle Waterman, fly half Ceri Large, lock Tamara Taylor and prop Laura Keates were all World Cup winners in 2014 and have 309 Test appearances between them.

They are part of an eight-strong England contingent in the stellar Barbarians squad containing international greats from eight different nations. New Zealand’s Anna Richards coaches the side assisted by Wales’s Liza Burgess.

The others England players include the world’s most-capped women’s player Rochelle Clark, who made her debut for the Baa-baas against the USA last month alongside Heather Kerr, and they are joined by more new teammates in scrum half Georgina Gulliver and wing Emily Wood.

The sides meet at Twickenham at 12:45 on June 2 as part of a historic double header with the men’s match for the Quilter Cup kicking off at 15:30.

The Barbarians defeated the USA 34-33 in Denver last month and nine of the starting line-up at Glendale return, including Wales fly half Elinor Snowsill and wing Jasmine Joyce, who scored four tries against the Women’s Eagles.

In line with the club’s traditions, the Barbarians also include two exciting uncapped players in centre Kayla Ahki and wing Tova Derk.

Centre Ahki was an Olympic Sevens star with New Zealand and made her Barbarians debut against the British Army in 2018.

Swedish sevens player Derk featured against Munster in 2017 and against the USA last month.

There are 12 representatives from Tyrrell’s Premier 15s clubs including Saracens title winners Gulliver and Hannah Casey.