England too strong in Grenoble

England eased to a 10-33 win in France, as sucker punches at the start of both halves knocked the wind out of the hosts. 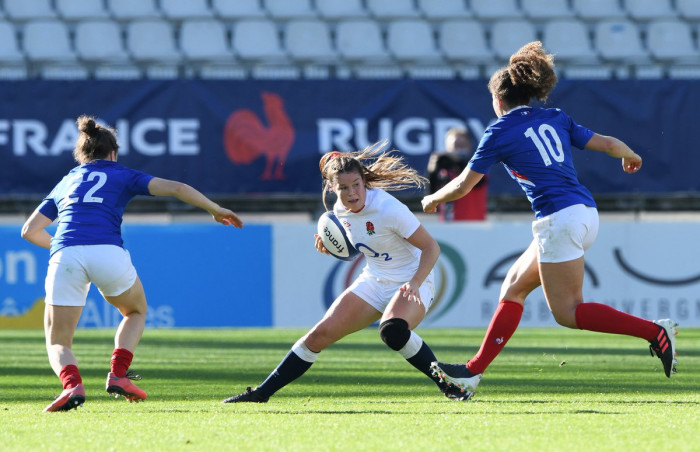 The win means England go back to the number one spot in the world rankings.

England got off to a flying start when after six minutes they crashed over from a driving maul with Amy Cokayne dotting down after a well organised burst.

The visitors dominated the opening exchanges bur France managed to shift the momentum with a fantastic break from the dangerous Laure Sansus, and France showcased their brilliant handling and offloading skills to get near the England posts.

Finally captain Gaelle Hermet crashed over and a penalty then put them ahead.

But that was as good as it would get on the scoreboard for the French. who struggled to match England's momentum and ability to get themselves out of trouble with the boot of Emily Scarratt.

Scarrat kicked the teams level, as the first half descened into something of a penalty fest in the Grenoble sunshine.

It was 10-10 at the break but a searing break from Helena Rowland, who had a good game at flyhalf, brought the game to life after the turnaround and Cokayne kept it going to get Alex Matthews on the end of a try and England were ahead again.

Jess Breach then tore the French backline apart with her pace and all of a sudden England were out to a 10-24 lead.

Scarratt made it 10-30 with two fine kicks and with the French heads dropping, it was a canter in the end for England with Scarratt adding another penalty at the death.

It was a hugely disappointing second half for the hosts, where nothing seemed to go their way, and where they struggled to build any phases.

But there will still be plenty for both coaches to take from a game where both experimented with their starting line-ups.

Rowland played well for England in her first outing in the starting shirt for England in a pivotal position, Alex Matthews was excellent and continued her fine club form, while for France Shannon Izar showed plenty of touches at fullback while Marine Menager was dangerous on the wing.

What both sides will do for the Twickenham return will be fascinating.