England U20s too strong for the Army 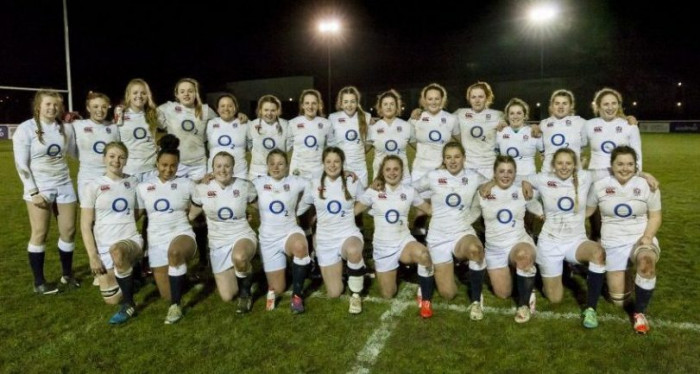 England scored tries through Zoe Aldcroft, Zoe Harrison, Catriona McNaney, Leah Bartlett and a late Wyrwas double with Harrison knocking over four out of six conversions for a total of 13 points.

The Army scored two tries of their own with wing Jess McAuley-Roberts and England international Bianca Dawson both crossing the whitewash.

The home side in fact took the lead in the ninth minute when McAuley-Roberts used her pace to dive over out wide but England responded soon after when Aldcroft crashed over.

They extended their lead on the stroke of half time when Harrison spotted a gap in the opposition defence and she reached out to dot down.

After the break England came out firing and scored tries in the first ten minutes of the half through McNaney and Bartlett with Harrison adding the extras on both occasions.

Three minutes before the hour mark Harrison then broke through and fed Wyrwas who raced away to cross underneath the posts but Dawson then scored for the Army eight minutes later.

Wyrwas scored her second when she was on the end of a Harrison grubber seven minutes from time but the Army did register the final points of the match when Ellie Gattlin crashed over in the last play.

England Women U20 head coach Jo Yapp was delighted with her side’s performance ahead of the first of two matches against France Women U20s at Esher RFC next Saturday.

“We’re pleased the way the players stepped up, the Army are such a physical test for us,” she said.

“It’s fantastic preparation for us heading into the France match, the players were patient and stuck to the patterns that were put in place.

“It’s the first time this particular team have played together so once they began to gel the timing started to come and the opportunities opened up for us.

“When we got it right we looked really good.”

9. Tazmin Bricknell (Bristol, University of the West of England)

4. Molly Morrissey (Lichfield, University of the West of England)