England and Ireland’s preparations for the World Series look on target after good performances in last weekend’s Elche 7s. 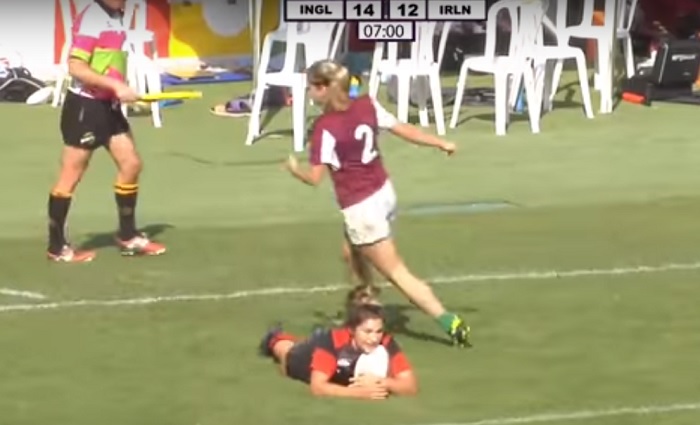 Although very much a warm-up tournament, featuring squads with a mixture of experienced players and rising stars, last weekend’s Elche 7s was the first chance three of Europe’s World Series teams have had to play in a competitive two-day tournament this season.

Spain, England and Ireland were joined by Wales, Belgium and a local club selection for a round-robin five-game tournament, followed by a final between the top two ranked teams.

England began the weekend in style, seeing off Spain by a comfortable 38-7 in what would prove to be a tough weekend for the home team in what was the first chance for new Spanish coach Pedro de Matías to look at his squad. This was far from a full strength Spanish team, with players such as Patricia Garcia, Barbara Pla and Elizabet Martinez mixed with others with little or no international experience, but even so the overall fourth place with just two wins over the weekend is perhaps a hint that Spain have a difficult few months ahead of them.

England went on to beat Belgium and Ireland on an opening day that laid down a marker for their opponents. Wales also ended the opening day unbeaten, after an exciting 19-all draw with Ireland, who finished the opening day in third position after only losing 15-12 to England.

Day two saw Spain well-beaten by both Wales and Ireland as the celtic nations battled for the final spot with England, who wrapped their place early in the morning with a fourth win against the local club selection. Who would join them came down to the final round of games, but after Ireland’s big 44-0 win over Spain meant that Wales had to at least draw the final game of the pool phase with England, but England raced to a 14-0 lead early in the first half, and in the end that gap proved too much.

In the final England built up a 14-0 lead at the start of the second half, but Ireland – whose performance sets them up well for Dubai - fought back over the last five minutes with two tries. The final play was to decide the title, and could have gone either way with possession repeatedly changing hands before Amy Wilson Hardy’s try finally won the game for England.