Great Britain have qualified to the 2020 Olympics after England won the European qualifier in Kazan. 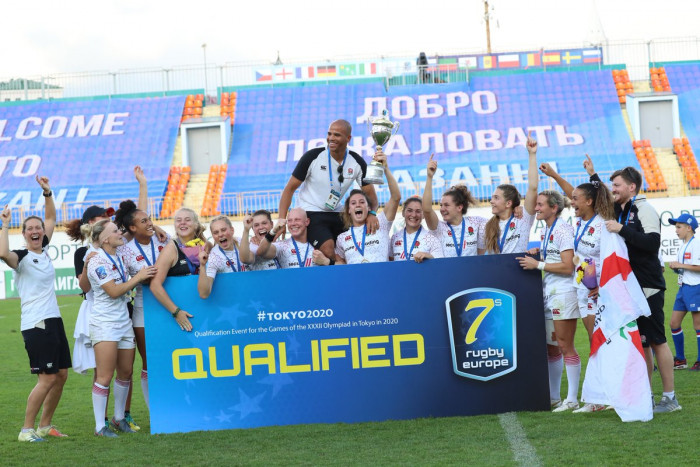 The first day was largely predictable, with the World Series five (England, France, Ireland, Russia and Spain) winning their games with ease. In the end only two games mattered, with Russia beating England comfortably, and Spain being too canny for Ireland.

So to day two, and on paper three straight-forward quarters and a humdinger - which is how it went for the first two games, but clearly no-one had sent Poland the script as they lead 14-12 until the final seconds, when Spain just managed to drive them back over their line, win the resulting scrum, and a place in the last four 17-14.

Breathless from that, England now took on Ireland, with the Irish grabbing an early lead. But a poor restart gave the advantage back to England, who soon drew level and started us use their tactic of a deep drop out to great effect, bottling up Ireland inside their 22, and taking advantage of the resulting errors. From 7-7 at halftime, England added two more tries with Ireland unable to escape from their end, giving England a 17-7 win and ending Ireland’s Olympic hopes.

And so to the semi-finals, and England ran the same tactics again. France managed to escape once to tie the scores early on, but England pulled ahead again and frustrated France, who were forced to score out wide at the death. The conversion was missed, setting up a desperate last minute where France looked like they might score, only to be turned over dramatically by England with 10 seconds to go. England were in the final.

For a while a similar shock in the second semi-final seemed possible as Spain, as the teams were locked up at 0-0 at the break. Only in the final quarter did Russia break the deadlock, only for Spain to strike back. In to the final minute, and Mikhaultsova seized the gap and was away to win the game 12-5.

Third place play-off, and elimination for the loser – and it was France who dominated the game, Spain only scoring in the final minute with the game long lost to the French.

And the final. England’s long restart tactic was back in evidence again, added to the extra confidence that had grown since the opening day. Russia were bottled up just as France and Ireland had been. Halftime deadlock was broken early in the second half by a try from Fisher, and two more tries from Uren and Matthews followed.

Against the odds, against all form guides, against first-day results, and against expectations, England had won. Great Britain will be at the 2020 Olympics.

Russia and France will have to wait the better part of a year until the repecharge (dates and venue still to be announced), though they should both qualify from that as – unlike the men’s competition – there will be two places on offer.