English Premiership kicks off this weekend

The English Women’s Premiership season kicks off tomorrow with Wasps playing Bristol, while defending champions Richmond will take on Lichfield the following day. 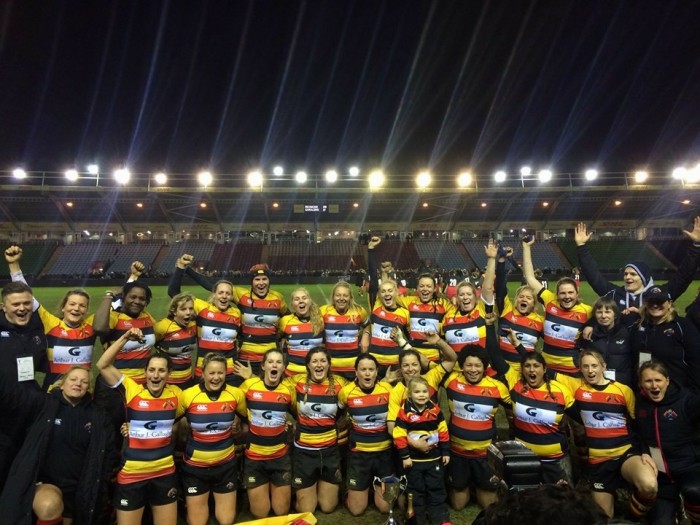 The eight premiership teams will again compete for a place in the play offs which will take place after the conclusion of the Six Nations in April. The final, which will be held on 23 April, will be played at the Twickenham Stoop.

RFU Head of Women’s Performance Nicky Ponsford said: “This is a huge season for women’s rugby with the Women’s Rugby World Cup taking place in August next year and plenty to play for in the domestic game.

“Following the success of last year’s play-off format, we will host knock-out rounds following the conclusion of the Six Nations.

“The RFU is investing more in women’s rugby and we look forward to an exciting season getting underway this weekend.”

The play-off semi-finals will take place on 9 April with the top four teams contesting for the title the following weekend, while the bottom four will play again on the same dates for the League Shield.

How the teams are shaping up

Saracens Head coach Rob Cain is not taking anything for granted ahead of their clash with DMP and is expecting a physical encounter. “I know all the players are looking forward to our first challenge this Sunday against a side who will be very physical and organised. They have a very strong set piece and some dangerous threats outside.” With the Saracens squad built around key players such as Sonia Green, Vicky Fleetwood and Sarah McKenna, the north Londoners will once again be a major threat.

Worcester Valkyries Director of Rugby Donna Kennedy is setting her sights on the Women's Premiership title this season. Valkyries have finished in the top four in each of the last three campaigns which included their first-ever Premiership title back in 2012/13.  She explained: "We'll take each game at a time and work closely with the players in training to make sure they are improving week in week out. I think anything is possible with this team. We have strength and depth and I think these are really important factors to have when building a successful side.” You can watch Worcester Valkyries in all of their home matches at Sixways this season for free.

Lichfield have held warm up games against Scotland and DMP and have taken a lot of positives out of these performances.  The club has an experienced core with England players Roz Crowley, Amy Cokayne and Justine Lucas being pushed forward by Emily Braund and Harriett Millar-Mills. Great British sevens stars Mo Hunt and Emily Scarrett can light up their backline while big things are expected from netball cross-over athlete, Emily Hughes, from Wales and Luara Hind in the back row. On the coaching side Vicky MacQueen has joined and Premiership player, Luke Baldwin, works with the side’s half backs and kickers.

Bristol welcome back some familiar faces as they prepare to face Wasps this weekend. The squad sees Sasha Acheson back in the number 3 shirt after two years sidelined with a knee injury. Intensive rehabilitation and a strong pre-season suggest Acheson is one to watch this season as she looks to fight her way back into the England squad. Returning players Poppy Cleall and Marlie Packer earn their first starts of the season alongside an all international back row, completed by Ireland's Claire Molloy and England's Izzy Noel Smith. Positions 9,10 and 11 have a Welsh flavour with new recruit Carrie Roberts joining Internationals Sian Moore and Elinor Snowsill on the field, with a set of young England hopefuls completing the team.

DMP Sharks make the long trip to London this weekend for their opener with England stalwart Tamara Taylor skippering the team in the place of the injured Georgina Roberts, as six Sharks make their Premiership debuts.That lack of experience may make life difficult on the opening weekend but DMP can call on England U20s with recent test match experience in centre Zoe Aldcroft and Anna Wolf and Caity Mattinson off the bench, while Taylor will provide strong direction from the second row.

Richmond are under a new coaching structure with Brett Taylor joining their ranks. The former Northampton Saints professional rugby player joins the reigning Premiership and National Cup champions and will lead a new look coaching team for the forthcoming season. The defending champions have had some defections to the new look Aylesford side, who are coached by former Richmond head coach Karen Findlay,so their early season form is well worth a watch with experienced internationals like Abi Chamberlain, Emma Croker and Ro Burnfield likely to play a key role, while ex England U20 back row Fran Hall is also set to return to Premiership rugby after some time out and make her mark.

Wasps's strong link with the Army sees them name four players from the military ranks in their squad for the weekend, while there's a milestone for club veteran Steph Neville who will play her 150th game. USA international Ashley Perry has jined to add strength to a side which has welcomed a raft of new players and coaches including a new second team head coach Grant Hathaway.

All eyes are on Aylesford this season after their well promoted tie-up with Harlequins. With Gary Street, the ex England coach and Karen Findlay the former Richmond and Scotland coach at the helm and with new facilities and support from the Quins pro set up involved, unsurprisingly have attracted new players including ex England scrum-half Amy Turner