This weekend the English women’s Premiership returns with Richmond out to defend their title. 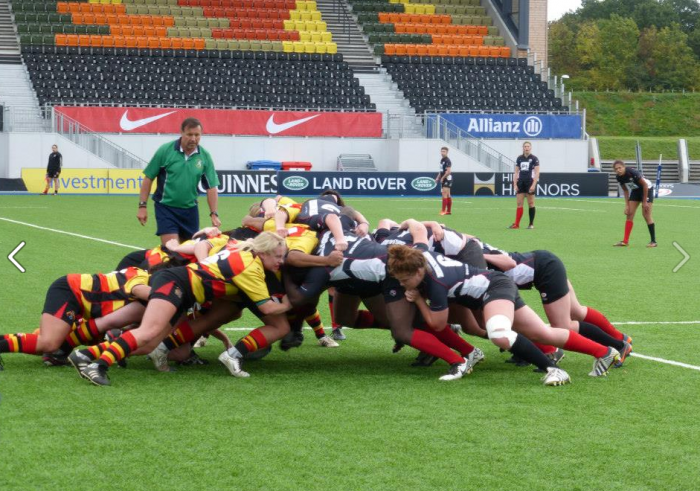 In the wake of England’s World Cup win, the country’s top league kicks off amid a huge surge in interest in the sport with just yesterday £600,000 in grant funding being awarded to the body who run the top men’s league – Premiership Rugby – to get more women into the game.

This year’s Women’s Premiership though does kick off amid some significant changes in the sport with 20 leading players now fulltime professional 7s players. While many of these players are likely to play in the league – indeed plenty of them this weekend -  as the games go on, their ability to take a full part will be affected by 7s priorities so it should be fascinating to watch it unfold with top players coming in and out of each round.

That will of course be difficult to manage, particularly for a side like Richmond who have more players contracted than any other club.

Apart from the impact of 7s, RICHMOND haven’t seen many other major changes over the summer with the departure of Lynne Cantwell, who has retired, being the most notable absentee this season.

The Club has added three new coaches to their roster. Warren Abrahams, the Assistant Academy Coach at Harlequins, who has  played at a high level, including representing South Africa on the IRB 7s series,  joins the set up, as does Jamie Barnwell and Toby Drake – who is the new strength and conditioning coach.

SARACENS, runners-up last year, have added considerable depth to their side over the summer. England hooker Vicky Fleetwood has joined in the off-season and alongside her,also  fresh from the World Cup, USA centre, Emilie Bydwell has crossed the pond to join the north London side. Former England scrum half Georgie Gulliver will also be running out in black and red this season as she transfers from Lichfield.

Saracens have also made changes to their coaching set up. Rob Cain joins Saracens as head coach, having plyed professionally and gaining various honours both in the UK and New Zealand and recently was the Coach of U18 Women London and South East Region with the team recently crowned champions at the UK School Games. Former England hooker Amy Garnett will also be involved this year helping out with the forwards alongside the other coaches at the club.

England stalwart, Maggie Alphonsi has announced her retirement from the international game but will retain the captaincy for Saracens and the team will continue to play their home matches at men’s Premiership stadium, Allianz Park. Alphonsi said:  "Saracens have a great team culture building on from last season and with a talented crop of new and experienced players, we can't wait to till our season kicks off this weekend . We hope we can continue to add to the proud history of Saracens Women's rugby with our performances this year.”

Champions two years ago, WORCESTER also start the season with high hopes.  Minus the experience of Heather Fisher this year, the Worcester coaching team this season includes retired England winger Kat Merchant while it is headed up again by Donna Kennedy.

Donna Kennedy said: “The Worcester players and coaches are really looking forward to the season. We have a young exciting squad who have gained a huge amount of experience during last year's Premiership campaign. I am excited to see what we can achieve this season and hope to improve on our 4th place finish. Worcester are excited to announce Kat Merchant as our new backs coach. Kat is a world class finisher and level three coach and I know she will be a great addition to the coaching team.”

This weekend Worcester play their opening game at Sixways straight after Worcester men this Saturday when they take on Lichfield.

WASPS are another side going into the season positively on the back of a lengthy pre-season programme which included a win over Premiership rivals Bristol.  This season sees Gareth Hatherley-Hurford as head coach, with Craig Foster, Stuart Willis and Oli Bishop joining him.

The Club, who will this season celebrate their 30th year, have had some summer arrivals including Australian international Dalena Dennison while they are waiting to confirm whether Jo McGilchrist is retiring from club as well as international rugby.

Wasps take on Saracens on Saturday to kick off their birthday celebrations.

LICHFIELD have lost a couple of key players in the off season with Victoria Fleetwood and Georgia Gulliver both moving to London to play for Saracens but they have added depth to their squad with plenty of recruitment over the summer. The club, who will hope to have access to England stars Emily Scarratt and Natasha Hunt who booth have England contracts, have also re-jigged their coaching set up over the summer.

Rich Bennett is the new head coach alongside Ian Cokayne while the second side also has a new coaching team. Lichfield are setting their sights high with their aim of a top three league finish and promotion for their second side and go into the weekend on the back of a couple of convincing pre-season wins.

AYLESFORD BULLS will be hoping they have adjusted better to life in the Premiership after a tough season last year. With no relegation last year, the Kent side were granted reprieve after a difficult year but go into the season on the back of a competitive summer.

This year they have several new faces including a couple of Rugby League converts, Sammy Palmer and Beth Pickernill. Laura Levi also returns for her second season at Aylesford following her appearance at the World Cup with Samoa.  The Bulls have a new coaching team with Max Mellville-Brown after successfully coaching the team to promotion stepping down due to family commitments, whilst the vast experience and coaching expertise of Mick Orton has taken over as head coach.

The Bulls travelled over to Brussels to play Belgium in preseason. Captain is ex England captain Catherine Spencer who says : “After last season we are now much better placed to understand what is expected of us both as individuals and as a squad to compete in the premiership. In some games we competed well and, in fact, were the first promoted team in four years to win a game, however in other games we let the score run away and our heads drop. There is still a big gap between the championship level clubs and the Premiership and it takes some getting used to but we are fortunate to have timed our promotion as we have done to ensure this second season. Our aim is very much to stay in the Premiership.”

BRISTOL have a new look coaching team as well

The west country outfit had a large contingent of players away at the World Cup – with 14 in total between Wales, Ireland and England and their pre-season will have been somewhat disrupted as a result.

The club recently hosted an annual pre-season tournament end where teams from Wasps, Skewen and Pontyclun descended on the Portway Rugby Development Centre for an afternoon of rugby and socialising.

This year the Club have a new coaching set up with the appointment of Laura Jane (LJ) Adams as Head Coact. Last season, under the guidance of Susie Appleby, Bristol Ladies 1st XV finished 3rd in the Premiership and the 2nd XV finished 4th in their first year in the Championship after promotion. Susie has recently taken up the position of Head Coach at the newly established Women’s and Girl’s team at Hartpury College.

The coaching team led by LJ is completed by Pete Reakes and Matt Belbin. Adams spoke about her excitement at taking on the role, and her plans for the season.

‘I’m really excited to be working with the girls as Head Coach this year. With a large number of the squad returning from representing their country at the World Cup, and a wealth of new up and coming players joining us from the under 18s squad, I can’t wait to build on the success of last season."

DMP SHARKS will be hoping to have England captain Katy McLean available for some of their campaign, despite her 7s commitments, as she is key to their hopes this season.  They can also call on England lock Tamara Taylor, who had a standout World Cup,  along with Fi Davison, Ruth Laybourne, Katy Green (Scotland).   The side narrowly lost to Blaydon in a pre-season friendly but go into the season on the back of a strong pre-season campaign which included a training camp at Bishop Burton College.

For more details on the league see http://www.womenspremiership.co.uk/