Estonia will field its first ever international women’s team this week when its sevens team travel to Belgrade to compete in the conference level of Rugby Europe's Sevens Championships. 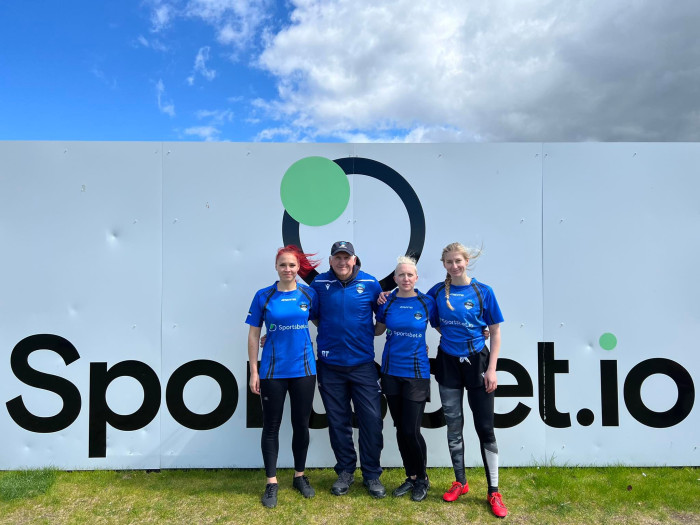 Led by former England women’s assistant coach Graham Smith, who is supporting Estonian Rugby Union as a consultant, a handful of players will be playing their first ever matches, highlighting the infancy the game is at in the country.

The game, only at a nascent stage in Estonia before Covid hit, was badly impacted by the pandemic, and the country’s union is building again almost from scratch.

The decision to support the development of a women’s team, it is hoped, will help generate growth across all areas of the game across Estonia.

Smith says it will be a tough baptism for the team, who are due to play sides like Austria, Luxembourg, Montenegro and Lithuania.

“We have only been training for around a month, and many of the players will meet for the first time at the airport due to work commitments and they have not been able to train as a complete squad.

“This is a challenge for all of them, but they are terrifically committed and are working hard. It’s also a challenge for me because although I worked in the sevens game, working with the emerging nations camps for five years in the mid 2000’s in Hungary with Renee Carmen-Jones this is my first sevens experience with an international team and I’m really looking forward to it.”

Smith has just finished a season working with the London Irish women’s team who won 16 games in a row to complete promotion, with the club setting their sights in a bid to competing in the Allianz Premier 15s in the future.

Heading to Tallinn has been a different but fascinating experience.

“After the England role I was working in Spain for three years which was a fantastic experience, and this has been really interesting. There is real potential here, but they are at such early stages. The Kalev rugby club ran a targeted Facebook ad recently for training trials and over 70 people are expected to turn up this week as a result of that so there is certainly interest.”

Players and teams in Estonia currently rely on playing opportunities in nearby Finland, and Smith says they are hopeful to be able to build enough to provide local games.

“The main men’s team here has to committee to significant travel across to Helsinki and beyond and hopefully there will be more local opportunities for men and women. The goal for Estonian Rugby this weekend is simply to field its first team in a women’s international tournament and that’s exciting to be part of. The girls are nervous understandably but really looking forward to it despite a brutal day of travelling to get there.”