The first round of the Rugby Europe Grand Prix takes place in Marcoussis, Paris on Friday and Saturday. 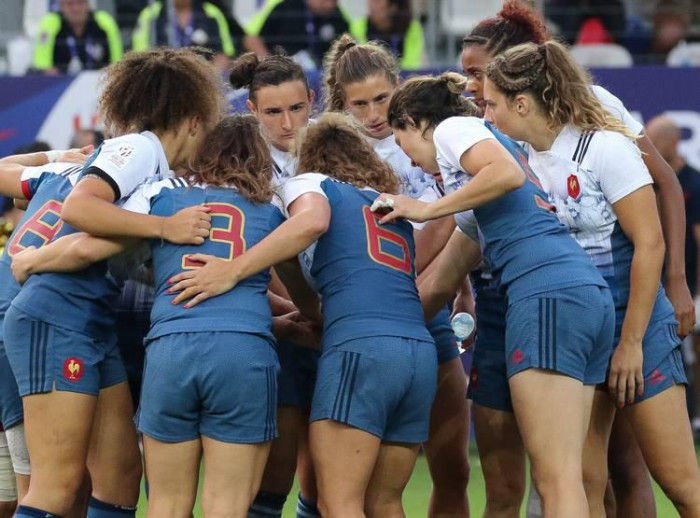 France start as favourites for the European Grand Prix

The tournament, which will be live streamed on RugbyEurope.tv, is the first of two competitions that make up the Rugby Europe Grand Prix Series, with the second leg taking place in Kazan, Russia on the 1st & 2nd  September. It will also be the first European “double header” with the men’s tournament running alongside the women’s on Saturday.

With just a month to go to the Rugby World Cup Sevens, this tournament will prove a valuable build-up to help the five sides who are playing in both to build up crucial momentum - England, France, Spain, Ireland and Russia.

This is normally a competition of two levels, with the five World Series teams will invariably occupying the top five positions in the rankings. But team selections and tactical experimentation means that there could be some (on paper at least) surprise results.

It is the next level – Belgium, Wales, Italy, Poland, Portugal - who have the big incentive with World Series qualification play-off places on offer

Russia: A sixth place finish on the World Series means Russia should start as the leaders of this group but they come into the competition on the back of a lacklustre last round of the competition which was also held in Paris. After using the World Series in Langford to experiment, they have selected their strongest available team for this tournament,

Spain fared better in the last World Series round - beating England to finish sixth  - and though they finished the Series a spot behind the Russians, it was their most successful World Series to date. However – as in Kazan last year – Spain have chosen to rest pretty much their entire first team. Coach Pedro De Matías, has left out all of the big names such as Patricia Garcia, Marina Bravo, Captain Barbara Pla, Maria Ribera, Maria Casado and Amaia Erbina; and in their place they given a chance for young promises of the seven like Alba Vinuesa, Paula Requena, Carmen Rodera, Bea Dominguez, Ainhoa ​​Porto and Lide Erbina.  It’s a brave move as it could drop Spain into the relegation zone, making Kazan in September pretty tense.

Belgium beat a very similarly understrength Spain last year and have looked very strong in both the World Series qualifier and pre-tournament warm-up competitions. Runners-up spot in this pool looks a real probability.

Unfortunately for Germany head coach Melvine Smith has had to cope with numerous injuries so is sending a young team to France with 17-year-old with Sine Adler included alongside a couple of 18-and 19-year-olds.  For that reason, realistically their only goal will be to retain their series rankings and avoiding relegation.

Ireland start Pool B as favourites having finished as the lowest ranked European team in the most recent World Series and they make just one change to their squad that most recently competed in that event with Audrey O’Flynn returning to the team.

Ireland are also the only World Series team in the pool.

Scotland return to the Grand Prix having won promotion back into it with unbeaten victories in the Czech Republic and Hungary in the Rugby Europe Trophy in 2017. They come to Paris having competed won the recent Amsterdam 7s and their squad includes three players who took part when Scotland were last in the Grand Prix Series in 2015 – Lisa Martin, Jenny Maxwell and Eilidh Sinclair.  Even so their main target will be retaining their place at the top table. Making the quarters would be a massive achievement.

Wales have the World Series as a very realistic target and will be aiming to again be the highest ranked non-World Series team. They have named an experienced team with Hannah Jones and Jaz Joyce as co-captains, while Mel Clay makes a long-awaited return to the sevens set-up. They will be familiar at least with Poland, having played them in Hong Kong and Brisbane earlier this year and will recognise the Poles as a tough never day die team.

Poland were the surprise team in last year’s series, and with the additional experience of Hong Kong and a runners-up spot in Rome (beating Italy in the semi-finals) suggests they could be a team to watch again.

France are the top seeds in this pool having finished an impressive third on the recent World Series.  Coach David Courteix, names a strong side though he is missing the Captain Fanny Horta to injury. Established names such as Shannon Izar are included alongside Grace Okemba, the young speedster who plays her club rugby with Saracens.

England will aim to build momentum after a disappointing World Series and Natasha Hunt returning as captain is a boost.  However, James Bailey has mixed and matched his squad though and plans to use this as a development opportunity as much as a buildup to the World Cup.

Italy remain, of the leading rugby nations, the anomaly that has never taken sevens as seriously and as usual they have a squad that would be very familiar to Six Nations followers. That said, they were third in the Rome sevens there is enough talent here to almost certainly make the quarter-finals.

Portugal are predictably and frustrating inconsistent, finishing 11th in the first leg last year before beating Spain in the second leg on their way to a quarter-final and overall eighth place. They have been given a tough draw in this leg and could be battling to avoid the drop after this weekend.