Spain, England, Poland and Ireland will travel to the Sevens World Cup after today’s  qualifier in Budapest. 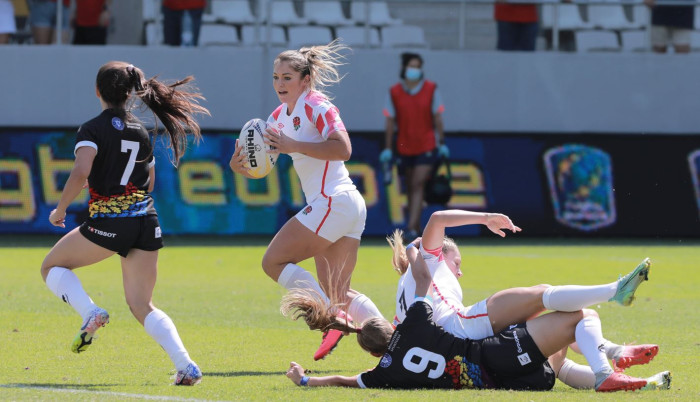 The three World Series teams in Europe’s qualifier, plus European Champions Poland, will take part in the Sevens World Cup in Cape Town in September.

With France already qualified after ending as runners-up in 2018, the top remaining 12 teams came together in Budapest today to play-off for four places.

The teams were drawn into three pools of four, with the draw for the knock-out round based on performance in those pools.

Ireland swept into the knockout round without conceding a point after three impressive pool wins. Poland ended as second seeds after strong wins, including an impressive – and very rare - 31-15 win for a non-World Series team against World Series team Spain.

As a result, Poland and Ireland were pitted against best third place teams Germany and Portugal respectively. England would meet Czechia, who ended behind Ireland in their pool, with Belgium and Spain playing off in the fourth qualifier.

Predictably, Ireland and Poland won their qualifier games easily, shutting out their opponents.

Czechia, swept aside 52-0 by Ireland in their pool, proved tougher opposition for England, but were still beaten 19-5.

The closest qualifier was Spain’s meeting with Belgium. First blood went to the Belgians, and after Spain pulling level, Belgium scored just before the break to lead 12-7 at halftime. The second half was scoreless into the final minute when a stolen line-out with 30 second to go allowed Spain one final chance from which Paula Requena saw a gap and sprinted under the posts for a try that was converted to send Spain to South Africa.