Details about the European world cup qualifier have been published. 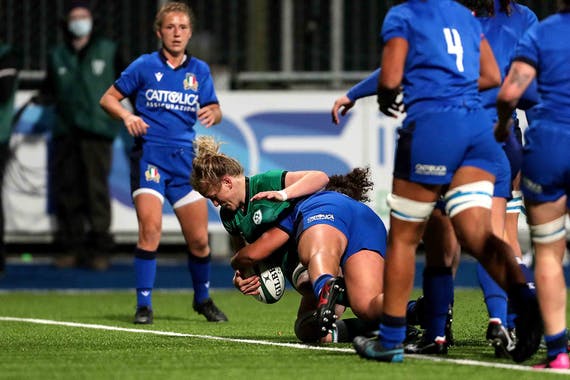 Itay and Ireland favourites for the tournament (Photo: IRFU)

After months of speculation and many dates, venues and formats being proposed – and just 11 days before kick-off - World Rugby has finally published details about the match schedule for Europe’s World Cup qualifier.

As revealed a few weeks ago, Italy (the top ranked team amongst the four competing nations) will host with all of the games will take place at one venue - Stadio Sergio Lanfranchi in Parma.

The three rounds of games will be played over two weeks with the top team securing a spot in Pool  B at next year’s World Cup, and the runner-up taking part the Final Qualification Tournament (date and venue to be announced) alongside Colombia, Samoa and a team from Asia:

The rankings and recent games suggest matches will be close with Italy ranked 7th, Ireland 8th, Spain 9th and Scotland 11th. What is more with whoever finishes second will start as clear favourites in the Final Qualifier, so there will be a lot to play for in every game.

Ireland’s record since the last World Cup is the most impressive having won two of their last three games against both Italy and Scotland, including 21-7 and 25-5 wins against Italy in the 2020 and 2021 Six Nations (both in Dublin).

Despite this Italy begin as clear favourites. They are ranked the highest (7th) and have not lost at home to any of their opponents since losing to Ireland in L’Aquila in 2017. Indeed, they have not lost to Scotland or Spain at home this century (although they have hosted Spain twice in the last 20 years).

Scotland’s form has been on an upward curve in recent seasons, getting within just four points of Ireland in Dublin in 2020, and cannot be discounted.

No information has been released about TV or other broadcast arrangements, though as a minimum the games are expected to be streamed by World Rugby.

The final places in the World Cup and the Final Qualification Tournament will be decided at Asia’s qualification tournament, featuring Hong Kong, Japan and Kazakhstan. So far Asia Rugby have announced the dates for the games (2nd, 7th and 12th October) but not a venue.