Next week teams from six countries will meet in Madrid to compete for two places in the 2014 Women’s Rugby World Cup. We preview a fascinating and also very difficult to predict tournament. 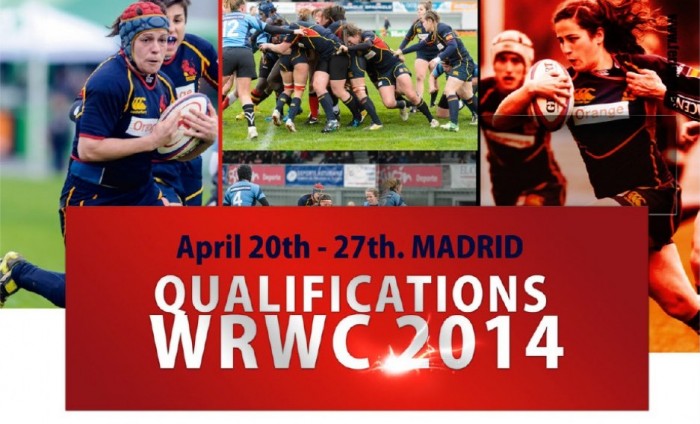 Italy and Scotland, the fifth and sixth ranked teams from the last two 6 Nations, will be joined by Sweden and Netherlands, finalists at last year’s European “B” Championship, Spain, and Samoa, Oceania’s only entrant (other than New Zealand and Australia, who qualified automatically).

Italy came very close to not needing to take part in this tournament at all, and start not only as top seeds but as overwhelming favourites. With two wins over Spain within the past 12 months, and back-to-back Six Nations wins over Scotland, the Italians enter the tournament with justified confidence.  However, Italy will open the tournament against Samoa – a team they have never played before, and who none of the teams in the tournament have ever seen play. Four years ago Italy slipped up against similarly “unknown” opposition - in that case Sweden – and will be hoping that history does not repeat itself.

Scotland have competed at every World Cup since hosting the tournament in 1994, and as one of the most established women’s international teams, missing out this time around would represent a serious blow.

While wins have been hard to come by of late, there was enough evidence in patches in recent 6 Nations games to suggest that the Scots are improving and if they can get it right for 80 minutes they are certainly capable of beating any of the sides they face this week. Following the fallout from the recent 6 Nations debate, plus on ongoing review into the game being carried out in Scotland right now, World Cup qualification would be a massive boost.

Prior to the 2010 World Cup, Spain had played in every tournament – including being hosts in 2002, but a shock defeat to Sweden in the 2009 qualifier meant that they missed out in 2010. Spain have an excellent record against all of their opponents and until a year ago had never lost of Netherlands or Italy, and had beaten Sweden in every game apart from one.

However, since 2011 Spain have prioritised sevens ahead of fifteens. Their record at the shorter form of the game has been impressive, but – as some of the strongest teams in the world have found – attempting to switch between the two formats is extremely challenging. While Spanish preparations for this tournament have been better than ever before, their small group of international quality players have also had to repeatedly switch formats to prepare for this year’s sevens world cup. As a result they lost their unbeaten test record with Italy in 2012 and world cup qualification is by no means assured, despite home advantage.

Sweden were surprise qualifiers for the 2010 World Cup and they are aiming to spring a shock once again next week in their bid to cement a place in France. They have however a tough road to do it, with a much more experienced Spanish side to play and an unknown outfit from Samoa. In winning last year’s European Cup Group at B level though, Sweden will take confidence in their ability to win games at this level, even though they travel with a squad featuring seven debutantes.

Under new head coach DJ Verlinden, Netherlands are taking a young but ambitious side to Madrid. Sevens has been the real focus of women's rugby in the Netherlands over the past few seasons, and with no crossover of players, the side competing to qualify for the World Cup in 2014 really is quite inexperienced.

Netherlands played two games in 2012 - hammering Finland but losing to Sweden, so it's difficult to predict how prepared this side is under a new coaching structure, but going in as one of the unfancied sides may suit them. Women's rugby is growing among the Dutch sporting community, helped in part by the visibility of its 7s side. Qualification for the World Cup would be a massive boost, but it is a massive ask.

Qualification will be a huge uphill battle for the Samoans. Everything is against the team, who have had to travel halfway round the world to take part. In addition Samoa have only played one international since the 2006 World Cup – an 87-0 defeat to Australia in a 2009 qualifier. The ultimate mystery team, the new “Manusina” has been created from scratch, mainly from ex-pat islanders living in New Zealand and Australia and, apart from warm-up games against some New Zealand club teams, is totally untried. They could be brilliant and surprise everyone, or they could crash to a similar defeat to that suffered in 2009.

The format is slightly unusual. The teams have been divided into two pools:

Pool A: Italy, Sweden and Netherlands
Pool B: Scotland, Spain and Samoa

Four points will be awarded for a win, two for a draw and bonuses for four tries and defeats by seven points of less. Each team in Pool A will play all of the teams in Pool B, and visa versa. After these three games the top two teams overall (not simply the pool winners) will qualify for the World Cup. If teams finish on equal tournament points, priority will be based on the results of any games between them (if any), or match points difference.

With World Cup qualification possibly dependent on points difference, every point will matter in this tournament -  even if victory is assured there will be pressure to score as many points as possible. As a result, coaches will face a real challenge finding ways to rest key players while keeping up the presure on the field.

All games will be at the Central University Stadium in Madrid. Times given at CET.