Evans plea: Let us play at the Millenium Stadium

Experienced Wales women's rugby full-back Non Evans says she wants the WRU to follow in the footsteps of the English and French Unions and stage women’s rugby international games at the national stadium. 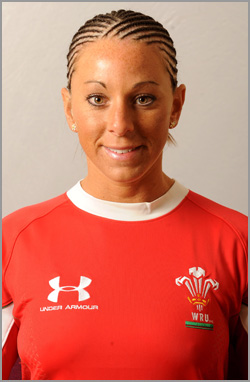 Last year the English womens team beat New Zealand at Twickenham after playing a double header with the men's clash against the All Blacks while in at the Stade de France the France womens team also played Canada on the same turf that the mens side lined out against Samoa.

Evans, who represented Wales in judo and weightlifting at the 2002 Commonwealth Games, has racked up 75 international caps and she says it would be a dream come true to play at the Millennium Stadium, though this years womens internationals are to be played in Bridgend.

"I thought it was fantastic that the RFU played the women's game on the same day as the men's at Twickenham," said Evans.

Wales will face England at Esher in their opening Six Nations clash before hosting Scotland and France at Bridgend, travelling to Ireland and then returning home to finish against Italy.

And after defeating England en-route to finishing second in last year's tournament, Evans is desperate to go one better in 2010.

"Beating England was a really big moment for us, we always want to beat the English and it was a great moment for us to do it," added Evans.

"We've proved now that we can do it and so we have to try and do it again this year and hopefully we can spring a surprise. It will be very hard because they will be looking for revenge but we want to prove it wasn't a fluke."

*Meanwhile the Women's 6 Nations was launched in London today, More details to follow.