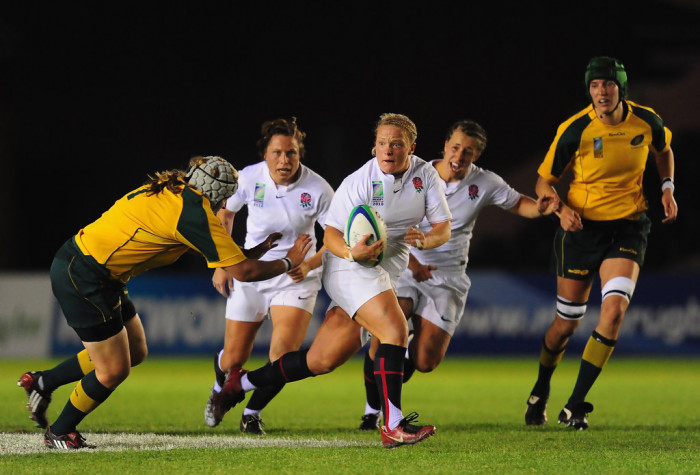 Former elite players Maria Gallo (Canada); Céline Allainmat: (France), Kate Daley (USA), Amy Turner (England) and Laurian Johannes (South Africa ) will join their national coaching teams for the next 12 months, where they will be given meaningful professional development opportunities and experience leading up to and during the tournament. Australia will work with former Dutch player Inge Visser, who has lived and coached there in recent years.

The programme will see the participating unions who sign up provide additional team accreditation for chosen coaches to be with their set-up at the World Cup and fully embed them into their union’s national team set up. The interns will be supported with a small grant for professional development and invited to participate in workshops at the World Cup.

The other already qualfiied teams Fiji, New Zealand and Wales will confirm participating female coaches at a later stage this year and the remaining three teams to qualify will also be able to identify female coaches to participate in the programme.

World Rugby has set an ambitious target of a minimum of 40 per cent of all coaches at Rugby World Cup 2025 to be women.

World Rugby General Manager for Women’s Rugby Katie Sadleir said: “We are delighted to see all qualified participating unions take the opportunity to expand and diversify their coaching teams for Rugby World Cup 2021 and continue to support the development of female coaches through the Coaching Internship Programme.

“Creating quality deployment opportunities for female coaches is a crucial and necessary step to ensuring they have relevant, meaningful experience, which we know is a barrier for female coaches when applying for high-performance coaching positions across both the men’s and women’s game.”

World Rugby Women’s Advisory Committee Chair Serge Simon added: “The Coaching Internship Programme is a simple but effective way to accelerate the professional development of high-performance female coaches. Congratulations to all who have been identified by their respective unions to participate and we look forward to following their journey as they are embedded into Rugby World Cup 2021 senior coaching management teams.”