Waikato lead the Farah Palmer Cup Premiership with two wins from two and this week head to Christchurch to challenge for the JJ Stewart Trophy against Canterbury. In the championship division Otago meet Wellington in a top of the table clash.  Our NZ based writer Taylor Curtis tells us how the the competition is going so far. 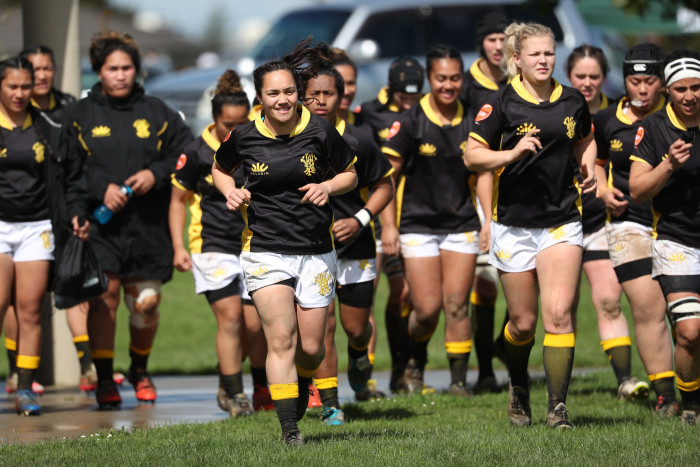 With New Zealand’s Farah Palmer Cup well underway and entering its third round, there has already been a common theme making its way through the competition - that being its anyone’s game.

This competition is New Zealand’s provincial tournament with 12 teams split into two tiers, Premiership and Championship. The natural structure of the draw allows one cross over game very much like the men’s event,  where sides get to play a game against a team in another tier.

Teams play six back to back games with no BYE and the teams good enough to make semis and finals will run for 8 weeks.

So far the season looks high qualuty and exciting and there have already been some high statement games played.

Results so far see Waikato taking the lead sitting on 10 points with Canterbury and Counties Manukau Heat steaming behind on 7, leaving Auckland Storm and Manawatu Cyclones steadily on 5, while Bay of Plenty Volcanix are off to a slow start after being moved up a tier sitting without a point at the bottom.

The Championship results has Otago taking the lead with 10 points, Wellington Pride 6, North Harbour Hibiscus and Tasman on 5, Hawkes Bay Tuis 4 and New comers Taranaki on 0.

The common theme running into week three is that its really anyone’s game and upsets are likely. We were shown this in the Championship with Hawkes Bays defeat over Wellington in week 1, where Wellington's physicality couldn’t hold off the Hawkes Bay Tuis.

The Premiership had Manawatu bring their own kind of storm, one including a cyclone against Auckland’s own with a upset 44-27 win, which poses Manawatu as a team to watch closely as they have well and truly hit the ground running.

The running theme didn’t end there as it moved into week two, where some teams faced their cross over game. After Wellingtons' week one loss and heading into week 2 against last years Winners' Canterbury, tthey went in as underdogs with nothing to lose and they took in a great mindset and attitude to take full control to win the match.

Auckland avenged theor previous loss and brought it well and truly hard against Tasman, using their skill and sucking players in with their strong forward pack then neatly finishing it off on the outside, taking home a comfortable 86-0 win and their heads held high.

New players who have impressed so far include Auckland winger, Natahlia Moors with her pace and finishing out wide, while Canterbury’s 19 year old Grace Brooker has shone in the centre while of the experienced players Chelsea Alley, Aroha Savage and Kendra Cocksedge have been prominent.

See here for the full table and standings