Exciting times ahead for Italy? 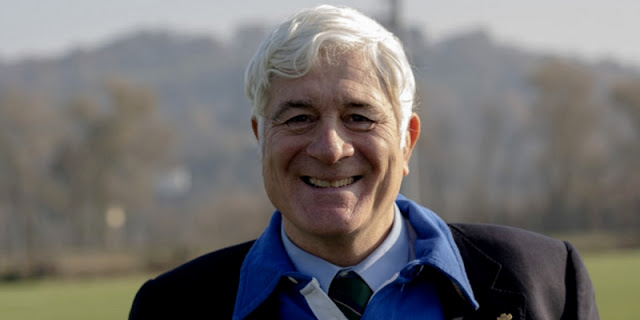 Marzio Innocenti has been elected as the new president of FIR – the Italian Rugby Federation – and it he lives up to his pre-election promises the years ahead could be very exciting indeed for the Azzurri.

Interviewed by Italian website Ladies Rugby Club shortly before his election, Innocenti makes clear his support for the women’s game. The following is an edited version of this much longer interview.

“One thing needs to be clarified at the start”, Innocenti says, “is that the women's game is the real pride of Italian rugby, and it is for two reasons:

* for the results obtained by the national team and the position in the world ranking that it has earned through victories;
* for having achieved all this by relying exclusively on its own resources, and certainly not because the Federation has invested in a serious growth project, or has consistently supported it on its path.

“Well, this must radically change: the Federation that I propose to chair will have one of its focuses on the development of the women's game, strengthening the resources allocated to the National team and working to ensure that the pool from which the national team draws is increasingly improves in terms of both quantity and quality, and also through a cultural qualitative leap that the FIR will promote women’s rugby on and off the sports field.

He goes onto say that this support will go from the leagues, youth rugby, and the role of the regions, to the relationship with schools and investment in resources. He proposes that each region “will have a dedicated Coach, who will stimulate the setting up of U13, U15 and U17 teams, and where this is not possible, will keep the players active with alternative formulas appropriate of each region”.

“This is central: we need to grow player numbers to raise the qualitative and competitive level of the game, and in this process the role of schools is absolutely central… We want to give greater support, through the Committees, to the Clubs, sharing a line of approach to schools throughout the country, working with school heads and teachers, developing specific skills for the staff who will go into schools to make rugby known.

“Many of the those who currently play for the national team came from school tournaments, so we absolutely cannot avoid a major investment in this sector to fuel the movement at all levels.

“Outside our environment, Italian rugby is an almost invisible phenomenon: acquiring greater visibility in general as a sport is fundamental to increase its attraction to families, and serious work is needed to bridge the cultural and visibility gap between men's rugby and women's rugby.

“The national team has achieved remarkable results in recent years, with a general improvement in its level which is evident thanks to the victories obtained. This heritage must be supported and expanded to ensure that the next generations of athletes learn from what has been done by those who currently play for the national team or who have played in the recent years.

“It is necessary to strengthen and expand the base to allow more and more girls and girls to play rugby, but above all to do it with quality, thanks to the provision of competent coaches who allow the game to grow further and prepare the next generations of rugby players. We must work in the short and medium term with the girls who are currently 17-18 years old and In the long term with the younger ones, giving them pathway in the game from the age of 12 years

“From an economic point of view, the great disparity between male and female rugby is evident, and is a mirror of what happens in many other sports. I believe that it is absolutely necessary to intervene in this in order to bring the two worlds closer together, favouring paths to professionalism for players.

“The idea of ​​progressively allowing those who play for the national team to become professionals is a path we must try to follow, although we have to be awareness that current Italian law does not allow for professionalism in women’s rugby.

“I am in contact with a foreign women's rugby circuit that would like to create a championship of international teams and is very interested in creating an Italian franchise, where players of a certain level who are interested could play as professionals, without losing sight of the need for a career path for athletes who will one day stop playing.

“Rugby Sevens in Italy is not currently valued sufficiently. It is now an Olympic sport, capable of guaranteeing high visibility and media appeal, and therefore we must ensure that it develops, starting with greater investment. We must improve the specific skills of the coaches and players, but above all we must ensure that it is played throughout the country.

“I think that the current Coppa Italia could become a Sevens championship, with the dual purpose of allowing clubs that have only a few women to play while laying the foundation of a possible transition to XVs.”