Exeter throw their weight behind a women's team

Exeter Chiefs, a leading side in men’s Premiership Rugby in England has launched a women’s team with the aim of competing in the leading women’s league in the country next season. 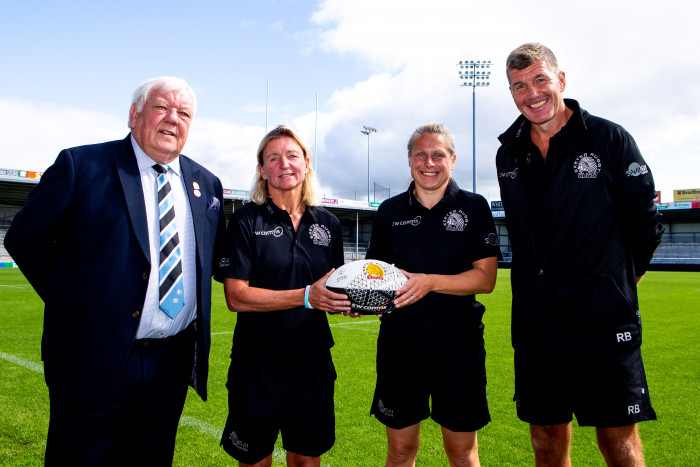 Exeter will apply for a place in the Tyrrells Premier 15s as part of the ongoing audit of the league which will determine which sides will secure a place for three seasons from 2020/21.

They have shown their intent through the hiring of ex England stars Susie Appleby and Amy Garnett with Appleby quitting her role at Gloucester-Hartpury to move to the new club.

Players will be semi-professional if the team does compete in the top English league and given the fanfare surrounding the announcement, the club must be pretty certain that they will make the cut.

The first challenge will be to use the next year to pull together a squad of players capable of competing in the top flight and the club will also work with the University of Exeter.

The process for the new coaches will begin immediately with Garnett overseeing training sessions and fixtures for Exeter Athletic Women’s side at Bravelands, Oil Mill Lane – the first fixture of which will take place on Sunday, September 8.

The move means that a large number of 12 Premiership Rugby sides are now fielding women’s sides either in or aspiring to be in the top flight though the affiliations range from club to club.

Exeter hosted an England women’s game earlier this year and attracted a record 11,000 strong side and England are due to play their again in the coming year.

“Both Susie and Amy come with a huge amount of experience within the women’s game, and I don’t think we could have found a better combination to come in and not only help me, but help the club, guide us to where we need to go to establish ourselves.”

Indeed, Baxter believes the creation of the new women’s team, working alongside that of the Chiefs men’s first team, will be a ‘win-win’ for the club as a whole.

“I think it’s fantastic how much we can back them,” continued Baxter. “The one thing that is really important within the women’s game, particularly if you want to have them aligned with Premiership clubs, is there is a real buy-in from both sides.

“I genuinely think that is what we are going to have here at Exeter Chiefs. The board are very enthusiastic about establishing a very strong women’s team, our coaching group are all very excited about being part of it, and it’s something which will help us grow into an all-inclusive club that is here for everybody.

“It’s all very well saying we are a family club, working hard in the community – and I think we do that really well – but you don’t want to just pay lip service to that. You have to keep working to improve and expand things and with the plan we have in place, working not just here at the club, but at Exeter College, Exeter University and locally, I’ve no doubt it will appeal to all kinds of people.”