New Zealand have named their sqiad to take on Australia in two test games next month. 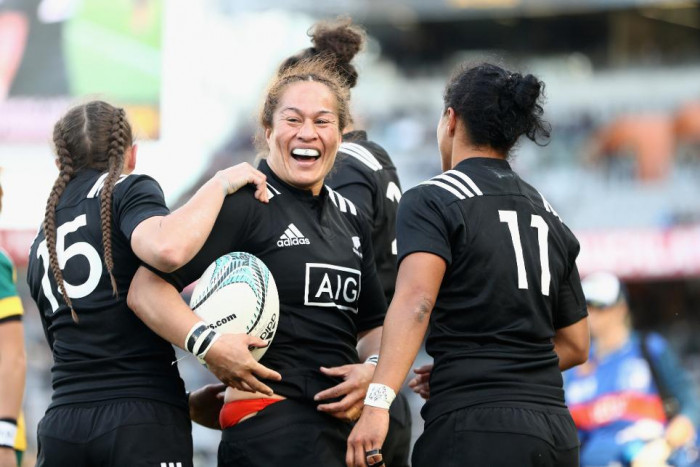 The Black Ferns, coahced by Glenn Moore, will play Australia in two matches that will anchor double headers with the All Blacks’ Bledisloe Cup matches against Australia in Sydney and Auckland.

Ahead of that, there will be a warm up 'Game of Three Halves' against Bay of Plenty Volcanix and Auckland Storm in Tauranga next month.

Moore has named 28 players and eight new caps to his squad led by Fiao’o Faamausili - now the most most-capped Black Fern (52).

Also named is five-time Women’s Rugby World Cup veteran. Selica Winiata (31) who along with Kendra Cocksedge (42) is a co-vice captain. Toka Natua (Waikato) and Victoria Subritzky-Nafatali (Counties Manukau) are ruled out through injury.

Marcelle Parkes’ selection completes a meteoric rise for the 20-year-old. Parkes had already represented New Zealand in softball and netball before her impressive Sevens debut for Wellington led to her securing a Black Ferns contract earlier this year while Ruahei joins her younger sister Kiritapu in the squad after overcoming a series of serious knee injuries. Kiritapu debuted for the Black Ferns in 2015.

The Demant siblings join the Itunu sisters (Aldora and Linda) in the line-up, and will be the fourth set of sisters to represent the Black Ferns.

Moore said the depth of his squad meant the selectors would have some tough decisions to make ahead of the Test season.

“We have a great mix of youth and experience with 17 players from the 2017 World Cup winning squad and eight very exciting newcomers. They have been working hard in their clubs and provinces to secure a spot in this squad and we've seen some real progress in skill level and fitness since last year’s World Cup. The motivation to be selected has been obvious."

Moore and his selectors have also named two 2018 Sevens Rugby World Cup players, in Stacey Waaka and Theresa Fitzpatrick, as well as Alena Saili, who is also currently contracted in the Black Ferns Sevens wider squad.

Saili secured a sevens contract in her first year out of school and Moore said he was looking forward to seeing what impact she would have in the 15s.

Moore said all three made themselves available for selection with the support of their Sevens coaches.

“We’re really pleased to have them as part of our mix, Theresa and Stacey were invaluable in 2017 and we’re looking forward to Alena bringing her talent to our squad.

“Black Ferns Sevens Head Coach Allan Bunting and I are in constant contact about the selection and availability of players and the athletes’ welfare is always paramount. It’s been a massive season for the Black Ferns Sevens, and they are already steadfastly focussed on the Tokyo Olympics.

“Portia [Woodman], Sarah [Goss] and Kelly [Brazier] have decided to concentrate on their World Cup recovery and preparation for Tokyo for the time being and we all support what is best for them,” he said.