Farce in France as lights go out

England won again against France as this test game came to an entirely unsatisfactory end, when after 62 minutes, the floodlights failed forcing the end of the match. 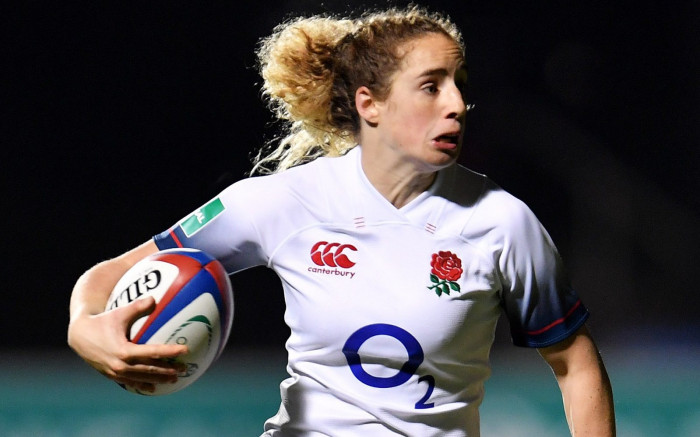 Because over an hour had passed and England were ahead 15-17, it meant they were able to claimn their ninth win in a row against the same opposition.

England had Abby Dow to thank for the result after her two superb finishes put them ahead in a game where they were mostly on the backfoot.

They had however been building some momentum in the minutes leading up to the blackout, which came as it crept towards 11pm in France.

With the game only then building towards some sort of crescendo, it’s impossible to know how the result would have panned out, as, as ever between these two, it was extremely tight.

The first half was much more open than the game that played out at the Stoop last weekend.

France started well with Safi N’Diaye prominent in the opening exchanges on her 80th cap.

It was all the home team early on, with the much-changed French backline looking far more threatening.

Centre Maelle Filopon scored a peach on ten minutes with Rose Bernadou and Pauline Bourdon linking up put the centre through and Jessy Tremouliere converted for a well-deserved 7-0 lead.

The score had been in part build on the powerful French scrum, which picked up where it had left off in London last weekend with impressive dominance.

Dow hit back just minutes later when England hit a double missed pass off a well run lineout and Emily Sarratt found the winger who raced over to score, leaving Jessy Tremouliere in her wake. Zoe Harrison kicked the conversion.

Gabrille  Vernier and Pauline Bourdon proceeded to link up several times, with France getting good return through the England midfield and with Bourdon sparking some excellent linebreaks.

Tremouliere then went over on 32 minutes when Bourdon played it out to her off another dominant scrum and England were suddenly down to 14 with Zoe Harrison having been carded for an offside right in front of the England sticks.

But they did score again and go into the half, somewhat surprisingly 12-14 ahead, with Dow scoring a sensational individual effort leaving several French players sprawled on the floor as she raced through a disjointed French defence.

Tremouliere booted France back in front with a long-range effort after the restart but Harrison replied almost immediately to make it 15-17.

While Tremouliere had made some defensive errors, her kicking game out of hand was superb as she forced England back repeatedly but when Julie Annery was yellow carded for a scruffle involving Poppy Cleall,  England managed to work their way into the French 22.

The French defence was excellent as England came forward in waves. Replacements Bryony Cleall and Hannah Botterman both made an impact in attack and the hosts did just enough to shove Dow out to touch as a try looked almost certain.

Somewhat farcically the pitch was then plunged into darkness as the stadium lights went out and that was that, with the England team manager arguing that it wasn’t safe for the game to be restarted given the ensuing long gap as the players by then had retreated to the changing room.