One tournament, three finals, two winners. This was the outcome of a busy three days of sevens rugby in Suva, Fiji, which produced an Olympic qualifier, a trans-pacific international champions, and a winner of the Oceania championship. 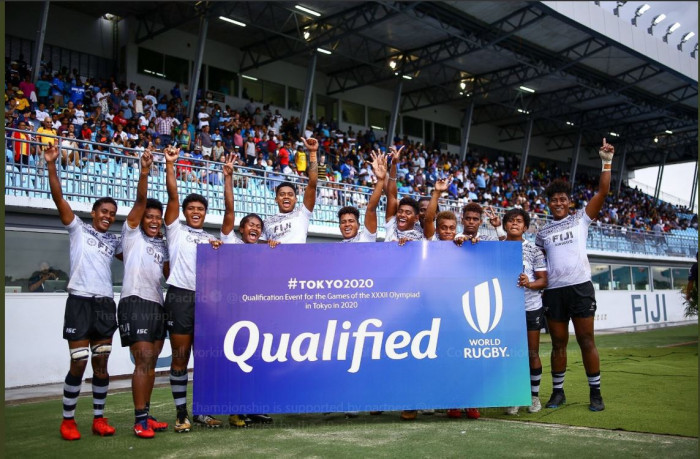 Fiji staged by far its biggest ever sevens tournament this week, which ended on Saturday (9th November) with two teams celebrating – Fiji and Australia.

Fiji were winners of the region’s Olympic qualification tournament, which featured teams, including Vanuatu, who were making their international debut (the 142nd nation to do so).

In practice it was a bit of a cakewalk for the home team, a World Series team up against part-time island nations for whom this is their only international outing of the year. The Fijiana did not concede a point, their “closest” game being their 36-0 final win against Papua New Guinea.

The rest of the tournament was not without incident, however, above all Vanuatu’s first ever win in their second game, against Nauru.

After only losing to Fiji by 48-0, it sent their into their final game with the Solomon Islands one the verge of making the semi-finals. A defeat by 21 points or less and they were in the final four. But the Solomon’s won by 27-5, just enough to reach the next stage.

At the same time an International Championship was being run alongside the qualifier. Teams from Australia, Canada, New Zealand and Japan took part – though in practice these were development sides with a few stars, though these included Portia Woodman, getting a runout in black for the first time in over a year.

And it was Australia who emerged winners, unbeaten over the series, including two wins over New Zealand.

That win earned them a playoff with Fiji for the overall Oceania Championship, which produced perhaps the best game of the tournament, Fiji leading 12-0 into the second half until two yellow cards, one after the other, forced them to play most of the second half with only six players, allowing Australia to come back and win 24-12.