Fiji have won gold at the Pacific Games, beating Australia in the final. 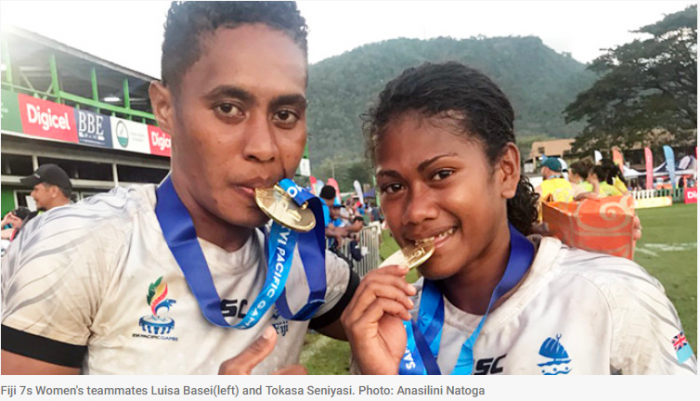 Fiji beat the tournament favourites - a young Australian team described as the "next geneation" by the ARU - in the final of a tournament that also saw American Samoa make their debut, the the 138th nation to play women's international sevens.

Fiji scored and converted a try in the first minute against Australia, and kept their advantage from then out, as the Samoan crowd cheered them on in Pacific island solidarity.

Australia responded bit could not convert their try, and Fiji were able to keep them at arms length to the end, even amid vaguely farcical scenes as a dog ran onto the pitch and evaded capture by the stewards for several minutes in the second half.

This was the third time the quadenial games had featured women's sevens, and the third time that Fiji had won gold. The final was also a repeat of the 2015 final, when a similarly young Australian team lost in the final.