Fiji are back home after their first tour of Australia, with a win against Queensland and a defeat to New South Wales. 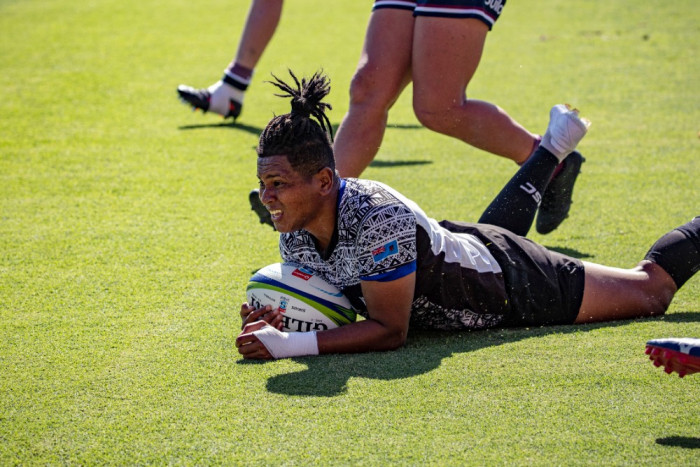 Fiji have competed and historic Australian tour, taking on top two Super W formations – the Queensland Reds and New South Wales Waratahs on a tour that was partly funded by the Australian Department of Foreign Affairs and Trade, who have been helping to fund women’s rugby development in Fiji since the 2016 Olympics.

This was a testing programme for the Oceania Champions as they prepare for the first World Cup. Their opponents played out the final of the Super W last years, which NSW edged to retain their title.

The islanders began with an impressive 29-10 win against Queensland. This was the Reds first game of the season and filled what would otherwise have been a bye in the opening round of the Super W.Queensland coach Moana Virtue was satisfied with the result, despite the defeat, and said "We've never had a trial, so it's awesome and we'll be able to go away and fix what went wrong," Virtue said. “It was good to see how some girls reacted under pressure. There were a few girls we wanted to see react under actual game conditions and playing against an international side, what better way."

With the temperature 32 degrees at kick-off the match was played in 20-minute quarters, the teams seeking the shade of Ballymore's McLean stand and plenty of fluids in the breaks.

It was the visitors that took the early lead, flanker Lavenia Tinai crossing after a build-up of possession to give them a 5-0 lead. She was in again just minutes later, taking a great pass from centre Ruslia Nagasau to beat the defence, giving the visitors a 10-0 lead at the first mid-half break.

The Reds finally got on the board with a penalty but Fiji soon added a fourth try, to centre Nagasau, before the break to take a 22-3 lead to halftime.

Queensland finally crossed the line after 10 minutes of the second half when the visitors' constant indiscipline resulted in players being sin binned. Tainai was handed a yellow card after repeated infringements and when the referee's warnings continued to be ignored, winger Priscilla Siyata followed her, reducing with the Fijians to 13.

The Reds made the most of the advantage, spinning the ball wide and crossing through Kauna Lopa.

Despite the numerical disadvantage Fiji conceded no further scores. Handling errors let Queensland down, and Fiji had time for one more try in the final quarter from for lock Akosita Ravoto, again breaking from inside the Reds' half.

Last weekend Super W champions NSW Waratahs – who already had a game under their beslts - proved a tougher proposition, NSW coach Campbell Aitken treated the game as part of their Super W campaign. "Momentum's huge in any sport and for us to continue winning is important for us," he said.

This was a bruising contest, Fiji putt the Waratahs to the test in physicality

Played on a cooler Friday evening NSW went into the break with two-tries-to-nil that the Fijiana could never really pull back.

Both sides had let chances go begging at the start with handling errors halting them, but it was the Waratahs managed to make the most of their opportunities Waratahs flyhalf Pauline Pillae pulling the strings well for her side at 10 for NSW while captain Grace Hamilton played well at no.8, earning a try for her efforts in the final seconds.

Though it was Fiji doing much of the attacking in the first quarter it was the Waratahs who broke through first through Georgie Friedrichs. Two explosive runs from Hamilton put NSW in a good position and Maya Stewart offloaded to centre Friedrichs for their first score.

The Waratahs from a scrum, Pillae finding a gap in the Fijian line, passing out to Kennedy Cherrington, who in turn put Chloe Leaupepe over in the 35th minute.

Fijiana had its most threatening attacking run generated from fullback Aloesi Nakoci and it looked as though winger Seini Raoma had scored but a desperate effort from flanker Fi Jones prevented that score.

Fijiana continued to pepper the Waratahs line but another handling error meant they couldn’t convert their pressure into any points.

Fiji finally turned some electric play into points and closed the gap to just one try with half an hour to go, but after phases of pick and goes, skipper Hamilton found Cherrington on the left edge and fired off a quick offload for her to score.

The Waratahs peppered the Fijian line in the final minutes of the game, falling just short of the line again and again and it was Hamilton who had the final say of the game, going over in the corner.

Rugby AU head of women's rugby Jilly Collins said she hoped the tour will have helped the Fijian side and strengthened relationships between the two rugby nations.

“This has been a great opportunity for Rugby Australia and Fiji Rugby to expand our already close relationship with Fiji’s tour," she said.“Women’s sport in Fiji continues to grow, and it is tours like this that will assist the development of Fiji’s national players and expand the friendships between our teams.”