Fijians close in on Super W 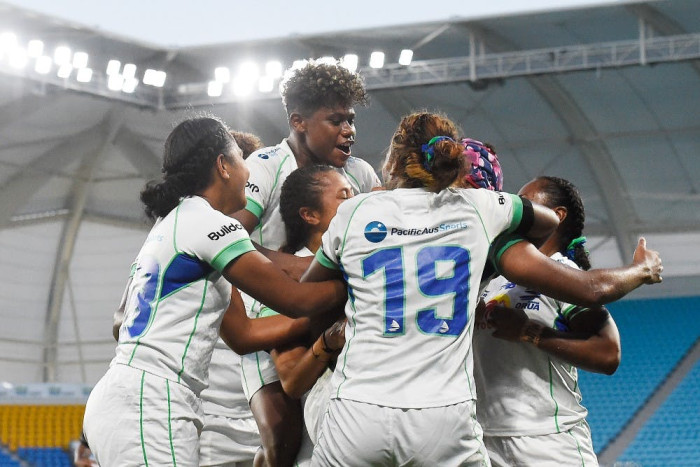 Fiji Drua did what no other team had ever done in the Super W this weekend. They beat the NSW Waratahs.

Not only that but they pretty much wrapped the game up in the first quarter with three unanswered tries, and a 17-0 lead, after just 17 minutes, Vitalina Naikore, Kolora Lomani and Timaima Ravisa all finishing off long-range movements, the Fijian off-loading game leaving the home team far behind.

The Waratahs pulled one back shortly after, but even when down to 14 players the Fijians were a threat, adding a fourth try in the second half from an intercept by Raijieli Laqeretabua before Sereima Leweniqila put the game to bed in the final 10 minutes.

Elsewhere the Queensland Reds blew past the Melbourne Rebels 55-5 to win a place in the play-off final and the Brumbies at last picked up a win, 27-18 against Western Force

Next week the Fijians just need a point against the Brumbies to ensure a place in the Grand Final, while the Reds will meet the Waratahs in what looks to be a Play-Off Final rehearsal.