Fijiana Drua have finished top of the pool phase of this years Super W, winning a ticket directly through to the final in two week's time. 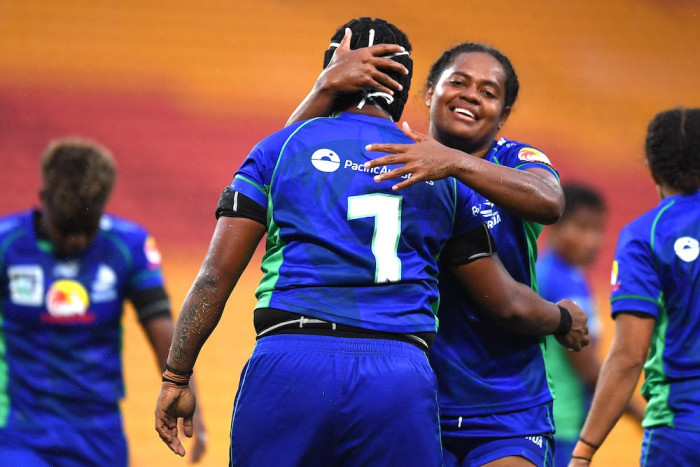 The Fijians did what they needed to do in their final game against the Brumbies this weekend, winning comfortably if not quite as spectacularly as the previous week.

Three tries at Suncorp Stadium two well-executed forward drives and the third from a lineout – were what was needed as the Brumbies suffered from discipline problems that saw them awarded three yellow cards.

What was different this weekend was the Fijians – with their justified reputation for fantastic back play – won this one with their forwards, keeping it tight in the rainy conditions. Prop Joma Rubuti crashed over from close range in the 18th minute – the only score of the first half. Rusila Tamoi scored the second try after drive by the forwards, and finally centre Roela Radiniyavuni put the game beyond the Brumbies when she pounced on an overthrown lineout and sprinted 25 metres for a try.

Current champions the Waratahs meet the Reds on Thursday for the elimination final to see who meeting the Fijians, but that seems rather a foregone conclusion after the Waratahs blew the Reds away 46-0 this weekend.

The Wooden Spoon decider between Western Force and the Melbourne Rebels was postponed due to a COVID outbreak. The plan is to play it at  later date, though when (even whether) that will happen is unclear.