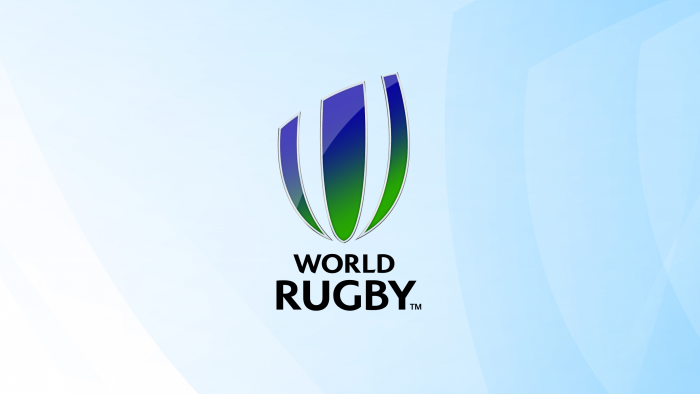 World Rugby has announced details of the first-ever official global ranking system for women's test rugby, with New Zealand the first team to top the rankings.

It is a development that Scrumqueens has been calling for many years, and resulted in our publishing our own rankings. These were quickly and widely adopted, featuring in many articles and TV commentaries, following which 18 months ago Sue Carty gave a commitment that World Rugby would produce official rankings for the first time, with that commitment made good today.

After such a long campaign it seems churlish to complain about the outcome, but in their announcement World Rugby state that “every result from the first official women's international matches dating back to 1987."

At first glance this is somewhat odd as the first test match has always been widely accepted as being between Netherlands and France in 1983 - a game that was organised and formally recognised by both the French and Dutch unions at the time so was as “official” as it is possible to be, and has also been recognised as such by World Rugby in the past.

The reason is a very technical one and illustrates a problem with the ranking, and any subsequent "official" list of test matches, which we expect to see in the near future. Although World Rugby (and the IRB before them) do not control what is and is not a test match - essentially if the unions involved say a given game is a "test" then that is what it is - for the purpose of World Rugby's records and rankings they will only include games where both teams were members of the IRB/World Rugby at the time.

Between 1983 and 1986 there were 12 "test matches", starting with the game in Utrecht in 1983, involving France, Netherlands, Sweden, Italy, Belgium and Great Britain. However before 1987 only France, out of these teams, were members of the IRB. Italy joined in 1987, and Belgium, Netherlands and Sweden joined in 1988 ("Great Britain" have obviously never been a member - there is a full list of joining dates here). As a result, although all of these early games were "tests", and caps were awarded, none of them are recognised as tests by World Rugby and none are included in the ranking,

So the first test match recognised by World Rugby is Wales v England on 5th April 1987.

As a result it is no surprise to see that the World Rugby list is also shorter than our own rankings which last appeared in December (just 48 teams instead of 68). Among the teams missing completely from the ranking (because they are yet to play a test as World Rugby members, or have not played a World Rugby member) are Austria, Namibia, Botswana, Zambia, Zimbabwe and Rwanda.

Another oddity is that several teams are included - and at quite a high ranking in some cases - despite having only ever played one or two tests. Portugal, in particular, come in at 14th despite playing just one test back 21 years ago, and despite never having scored an international point (they lost 50-0 to Germany). Also, unlike the Scrumqueens list, no points are deducted for not playing so as long as Portugal never play again they will retain that ranking forever. What is more the longer ago the single test was the more points a team will have - so Brazil, who also have only played one test in 2008, where they lost 10-0 to Netherlands, get only 38 points compared to Portugal's 64.

Nonetheless we both agree that New Zealand are the top team at the moment, and we also both have the same top 10, although in a slightly different order. For example we both have France and England vying for second place (our rankings put England narrowly second, World Rugby go for France). And, despite the limitations, we will also now be using these official rankings on this site.

The new system officially came into effect from 1 February 2016 - but it is possible to see what the ranking would have been at any date back to April 1987. The ranking is a weighted system with the number of points available to the winning team proportional to the difference in ranking points between the teams prior to the match.

World Rugby Chairman Bernard Lapasset said: "World Rugby is committed to driving forward the competitiveness of the women's game and the new rankings are yet another significant milestone.

"After the success of Women's Rugby World Cup in 2014 and the excitement building up to the next edition in 2017 in Ireland, it's vital for international teams to have a rankings focus that will drive exposure and interest as well as increasing the competition schedule, as it encourages member unions to play more test matches.

"It's a positive step for one of the fastest growing team sports in the world, as it brings parity with the men's game. Today's announcement also comes as a timely boost ahead of what will be an exciting Women's Six Nations Championship.”

Women's Rugby World Cup winner with England, Rachael Burford, who also sits on the Rugby Committee and Athlete's Commission, added: "It's great to see an official rankings system introduced to the women's game.

"I believe they will really add an extra competitive edge for the upcoming RBS 6 Nations and other international test matches in the future, which can only be good for the game. The rankings will also give an extra boost to the promotion of the women's game around the world.”

The criteria for the World Rugby Women's Rankings are in keeping with the men's rankings system and will be updated after all women's test matches.

•    World Rugby World Rankings are calculated using a 'points exchange' system, in which sides take points off each other based on the match result. Whatever one side gains, the other loses.

•    As a result of the relatively small number of matches compared to the men's and the discrepancies in the number of matches played by different unions, the effect that one result will have on the rankings could unfairly skew the result. To combat this effect, it has been decided to start all teams out on 80 ranking points (an arbitrarily chosen figure which does not have any bearing on the subsequent results of the rankings) in 1987, then for each year between 1987 and the year that an individual union played their first women's full international match two points are deducted from their total.

•    This deduction occurs up until 2007, so if a team plays their first ever full international after 2007 then they will begin with 40 ranking points.

Similar to the men's rankings, teams will be penalised an equivalent amount to a loss to a significantly lower ranked team per year if they do not play any matches in the space of two calendar years.