First round throws up plenty to ponder 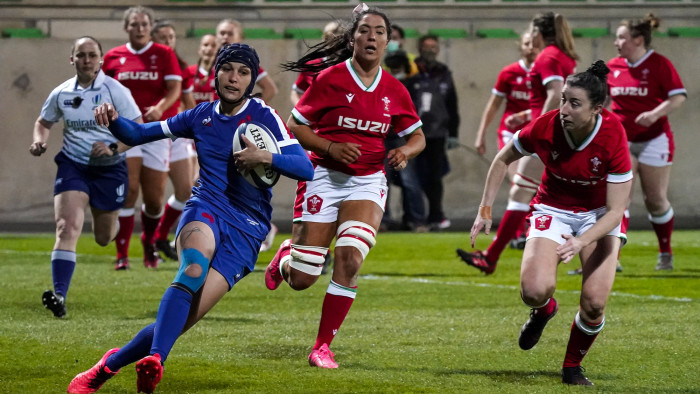 The first round of the women's Six Nations brought many promising elements.

There was decent media coverage in the leadup, the games were on free-to-air TV in the UK and France and widely available elsewhere, with several countries striking TV deals for the first time.

There were plenty of tries, some high-quality play and no overlapping kick-off times.

The weekend also threw up much to discuss and review, not least the two huge scorelines which threw into question once again whether the Championship can ever become truly competitive (something we have been writing about for years) and for the TV viewer the games had no sooner ended that they were off the air.

With most people watching from home instead of at clubs or the ground the lack of punditry was particularly frustrating.

To those scorelines first.

As former England captain, Catherine Spencer pointed out on Twitter, there has always been a gap between England (16 titles), France (6) and the rest, with only Ireland (2) breaking through in the past decade.

Many also point out that the men's competition is also imbalanced, with Italy not having won a game in what seems like living memory, but with its combination of amateur, semi-professional and professional teams the problem with the women’s tournament is more endemic.

There is no quick and simple solution, and a one-sided tournament always risks being unattractive to commercial partners.

But there were still many positives to take away.

Scotland were much more positive building on the confidence gained in the Autumn.

It might be said that England did not play particularly well by their own high standards, but that was also said of the French in October when they drew in their game against the Scots.

The common denominator here is Scotland who perhaps did not allow them to play well and it is going to be fascinating to see how well they get on against Italy and whoever they may meet in the playoffs. We said in our preview that Scotland have the potential to surprise people and achieve an outcome that they have not seen for some years, and that still stands.

Wales, on the other hand, will be more disappointed by their performance and must be delighted that they do not have to worry about World Cup qualification. Their result has led to some strong criticism online while players also took to Twitter to point out just how hard they are working.

But France played as well as we have seen them in a while. If they can maintain that performance for the rest of the competition it may prove to be less one-sided than feared.