Fixtures and venues confirmed for 6 Nations

Fixtures and venues for the upcoming women’s 6 Nations have been confirmed. 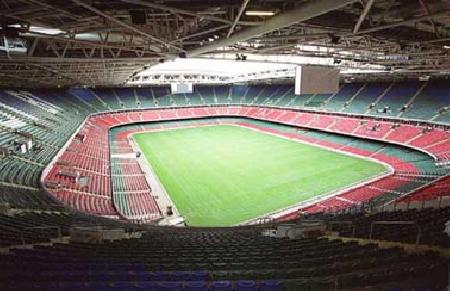 A number of games will be held at major stadiums this year including tests at Twickenham, the Millennium Stadium (pictured) and the imposing Stade Charlty, in Paris.

Ireland will kick the tournament off on Friday, February 3 against Wales at their Ashbourne RFC base, a venue that has served them well in recent seasons, and where they will play all of their home games again this year. All of Ireland's home games are being played on Friday nights.

France will play at three different venues first at the smaller Stade Emile Pons near Riom where they host Italy, before moving to Pau to play Ireland at the Stade de Hameau and then rounding off their home games with a clash against reigning champions England at the 20-000 seater Stade Charlety in Paris.

Scotland will once again use Lasswade RFC as the base for their opening against England, with their second home game being played at Stirling County RFC.

Englands two home games are being played at Twickenham, where they host Wales, and Esher where they play their final game against Ireland.

Wales will play two games at Cross Keys again this year but will also grace the Millennium Stadium for the first time when they play host to Italy.

Finally Italy play their game against England near Milan at the Rino Venegoni Stadium before finishing their tournament at home to Scotland at the Pagani Stadium, Rovato.