Scotland’s Scott Forrest has been named head coach of the Great British women's rugby 7s team ahead of the Tokyo 2020 Olympic Games. 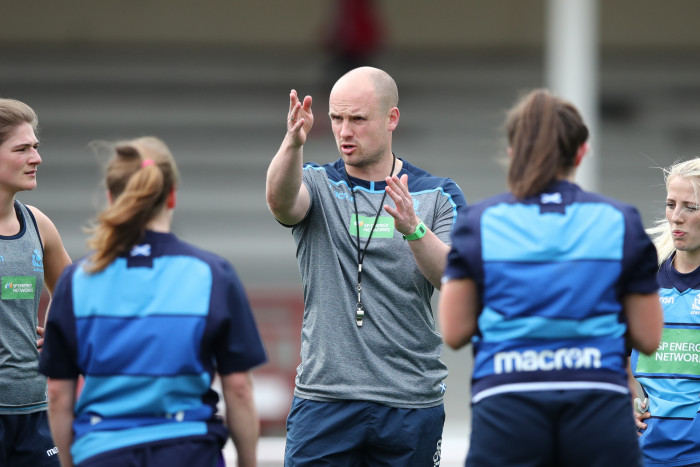 Forrest has been appointed following a year in which he led the Scotland Women 7s squad to a second-place finish at the Women’s World Rugby Sevens Series Qualifier in Hong Kong.

Forrest was previously the Scotland captain for four seasons, a period which included the 2010 Commonwealth Games in Delhi.  As well as leading the Scotland women's 7s side in Hong Kong this year, he was also the assistant coach of the wider Scotland women’s side last season as well as coaching the men’s sevens squad.

There were no Scottish players in the GB women's squad in 2016 in Rio which was coached by England's Simoni Middleton. GB missed out on a medal after a poor set of final games in the competition.

Forrest said:  “I am incredibly honoured and privileged to be appointed as Head Coach of the GB Sevens team. Everyone’s ambition as a sports person is to be involved in an Olympic Games and I’m excited about the challenge that lies ahead.

“Having been involved coaching Scotland Women 7s since 2012 and having the experience of coaching the Men’s Sevens on last season’s World Series, I am looking forward to developing my coaching practice further over the next year. I am excited about working with players and staff from across the three unions to get the team ready to be successful in Tokyo next year.

“There is some exciting talent within all of the home nations who have experience of playing international sevens, which will be vitally important for selecting the best team possible.”

Coaching candidates nominated from England, Scotland and Wales’ were interviewed by the GB Sevens Executive committee selection panel made up of representatives of the three respective Unions. Forrest will continue in his roles as Scotland Women 7s Head Coach and High Performance Manager throughout next year.

Scottish Rugby’s Head of Women and Girls Rugby Gemma Fay said: “I am delighted that Scott has been selected to take on this honour. This appointment is testament to the hard work that he has put in over the last seven years with the Scotland Women 7s squad.”

Team GB Chef de Mission Mark England commented: “It is fantastic to have Scott leading the women’s team. Scott has experience as an athlete of competing at a multi-sport Games having represented Scotland at the Delhi Commonwealth Games and has also been part of the Scottish women’s programme for seven years. We are looking forward to working with him to support and fine tune preparations for Tokyo 2020.”

Both coaches are in the process of finalising their respective coaching teams. Training camps will take place throughout the season with the Team GB programme starting at the climax of the World Series in June 2020.