Four rounds in a row for Ferns

New Zealand became the first team to successfully defend the HSBC Sydney Sevens, after beating Canada in the title decider. 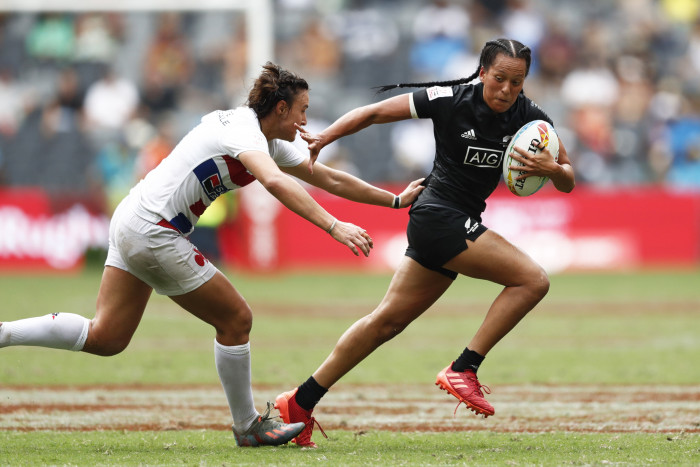 The Black Ferns beat Canada 33-7 in the final to defend Sydney Sevens title and win their fourth tournament in a row after Dubai, Cape Town and Hamilton last weekend, taking their total to and 26 titles in 42 series events. They have now won 19 matches in a row.

Going back to the start England, Canada and Australia topped the pools after day one. The surprise of the opening day – if not the whole pool phase - came in the opening game when the United States fell 19-14 to Fiji. The USA scored first following a Fiji lineout error but the response was swift with Luisa Tisolo's pace taking her through five players to race away to tie the scores on the stroke of half-time. The second half went the same way resulting in tense final minutes where Mereseini Leivere scored the crucial try for the islanders.

Other than that, the games on the opening day went to form, including France winning the latest in their 48-game rivalry with Spain by a massive 42-7. Fiji briefly led against Canada in the second round of games before only going down 20-14.

The new two-day quarter-final-less format makes some of the final pool games into effective quarter-finals. USA had the first against Canada, but it their northern rivals ran away with it, leading 21-0 until USA got a late consolation try.

England took their great form into another effective knock-out game against New Zealand, and took the lead after Deborah Fleming and Helena Rowland responded to an early Ferns score. But the Ferns stormed back with three more tries to win a 26-12.

England still had an outside chance of making the final but needed Australia or France to win their “knock-out” fixture by more than two tries. When Australia led 14-0 at half-time it looked to be going their way, but France roared back with unconverted scores from Chloé Pelle and Stephanie Okemba cutting the deficit to four points. Australia in the end were happy to kick the ball out to end the game

In the semi-finals, Canada took Australia apart on their home field with a huge 34-0 victory before New Zealand make it 18 victories in a row with a 24-7 win over Les Bleues – the last team to beat them, in the Dubai pool stages in December. The game was notable mainly for Tyla Nathan-Wong becoming just the second player to reach 1,000 series points.

Bianca Farella raced clear for Canada early on, only for Michaela Blyde to chase her down and earn a penalty so it was Tyla Nathan-Wong who started the scoring, going under the posts for a 7-0 lead. Charity Williams pulled the game level but after that it was all New Zealand as they took a deserved 33-7 win.

Hirini said: “We’ve been working really hard to go back-to-back and to do it twice this season is just massive. I’m so happy right now. I can’t believe we made our debut last weekend [at home] and then winning this tournament – I’m speechless. Canada got off to a good start and are a quality team – it’s pretty tough to try and tackle those girls. I’m just so proud of our efforts, obviously every person who comes into our team thrives like Alena Saili at the end there who scored that thriller of a try.”

New Zealand now have 96 points as the only team to medal in all five rounds, with Australia and Canada on 80 points. France sit a further 10 points behind in fourth having leapfrogged USA after they could only finish eighth in Sydney.

Next stop for the teams is a first-ever series event in Hong Kong, again playing alongside the traditional men's event, on 3-5 April.

The new format for these two-day events is deeply unsatisfying – and it is interesting to see that supporters of the men’s 7s series are also unhappy about the loss of their quarter-finals. It's clear that World Rugby had to slim down the tournaments somehow as there simply are not enough hours in the day, but after two rounds in Hamilton and Sydney it is just obvious that this does not work.

It seems the worst of all possible worlds. It maintains a format which results in too many near dead-rubber pool games, plus classification games where there is little at stake other than the odd series point, at the expense of the excitement of knock-out rugby.

A little more imagination is needed. Four pools of three teams (top two to the last eight) – for example - would “save” as many games as the elimination of quarter-finals, while also removing the lottery (and potential for arranged results) that deciding places by relative pool performance creates.

Whatever happens, there has to be a rethink before the next two-day tournament.