Four in a row for France

France beat an improved New Zealand team 29-7 in front of a packed house in Castres. 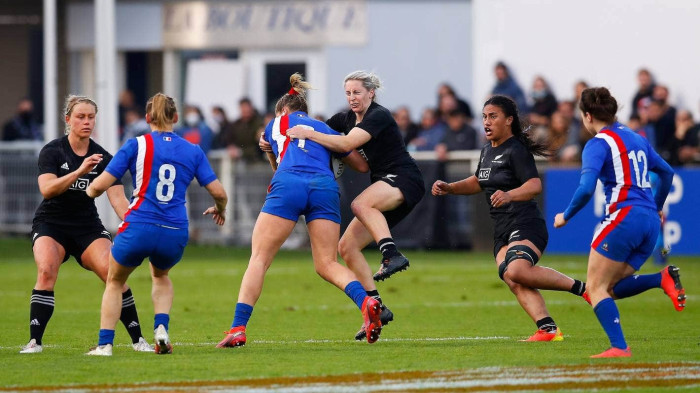 France made it four in a row with the win to the delight of a 12,000 strong crowd at the Stade Pierre-Fabre.

Some similar problems returned for New Zealand from previous games, with a poor lineout return and poor discipline meaning they were always on the back foot.

The first score came from a brilliant French rolling maul and hooker Agathe Sochat dive over.

France's set piece was solid and another lineout led to a great position for winger Marie-Aurélie Castel to extend the lead with Pauline Bourdon heavily involved.

No 8 Kennedy Simon’s try got her team back into it as Portia Woodman was starting to get more and more involved but a yellow card for Roos and a penalty try killed any momentum.

The second spell saw more urgency from the visitors, but they could not break down the French defence. Castel’s second score was the sole try of the half, coming from a patient build-up and crisp last pass by the calm No 10 Caroline Caroline Drouin.

France  maintained the initiative until the final whistle even though Woodman was again dangerous on the left wing., New Zealand just did not get another sniff.