Over the next two weeks Canada, England, Ireland and New Zealand embark on a fascinating round-robin series this weekend. 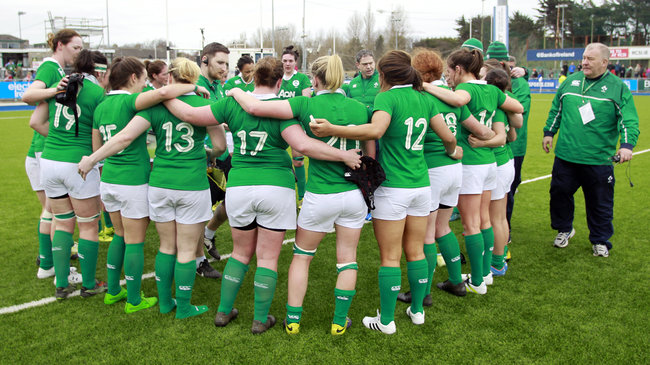 It’s a mouth-watering series. Four of the top five from the last World Cup (and in the latest rankings) are due to play each other over 14 days from the 13th-27th of November. Only France is missing from what is a mini-World Cup, and a near dress rehearsal for next August.

The only snag is that officially it is no such thing. The games in London are part of the Old Mutual Wealth series, whereas the games in Dublin are not, so there will be no official table, no official champion.

But we’ll be treating it as if it were a series, if only because it’s much more exciting that way!

Canada come into this after a great 2016 so far. Not only an Olympic bronze but a massive Super Series triumph that saw them record big wins over England, France and the United States – a huge turnaround from 2015 when they lost all three games in that Super Series – and they now sit in an unprecedented second in the World Rankings.

However they travel to London and Dublin having left behind almost all of their big sevens names, plus players like Mandy Marchak and Amanda Thornborough who were declared unfit to travel. Only they, Australia and Fiji are maintaining separate squads dedicated to sevens and fifteens and the next few months will also be a measure of how successful specialisation is, compared with most of their opponents who have gone down the unified squad route.

This series will therefore be a measure of how deep Canadian talent is – and whether next year they can match their performance at the 2014 World Cup.

England have a major advantage in that they have already blown off the cobwebs with their test against France during the week. While that will inevitably lead to some sore bodies - Simon Middleton makes just five changes - it will also have given them a much clearer picture about their strengths and weaknesses, with France surely proving ideal warm-up for the tests to follow.

England were solid without being spectacular on Wednesday night, but there will be positivity in the camp that they won regardless, that their lineout was excellent (leading to two pushover tries) and that their defence was in good nick, with an error leading to the French try. They will want to show more in attack however and given how central Katy Mclean was again against France, it will be well worth keeping a close eye on Emily Scott and her ability to kickstart England's offensive play.

It is a big game for Rochelle Clark who in taking to the field will surpass Jason Leonard’s record and become England’s most capped player with 115 games while at the same time, equalling Donna Kennedy’s record in the women’s game.

As well as Clark starting, the other changes see Amy Cokayne move to the bench, with Vicky Fleetwood coming into the starting line up alongside Harriet Millar-Mills, La Toya Mason and Emily Scott. Bristol flanker Poppy Cleall comes onto the bench.

Ireland will be the rustiest of all four sides, having not played since the end of the 6 Nations, and a warmed-up and strengthened England side, fresh from a mid-week test, will surely prove a tough ask.

The Irish will miss captain Niamh Briggs who is injured and their side features Nicole Fowley who will win her first cap at the UCD Bowl, with two other uncapped players, Leah Lyons and Chloe Pearse, on the bench.

Speaking about Ireland's first game in the November Series, Irish coach Tom Tierney said: "This weekend marks the first game of what is arguably going to be the biggest season in the history of Ireland's Women's Rugby. The Women's Rugby World Cup is now less than nine months away, and while there a lot of rugby to be played between now and then, the players are very eager to run out at UCD this Sunday and get things underway in our first ever November Series. We're without some of our more experienced players this weekend, but this gives other members of the squad the opportunity to develop their game and get some much needed experience themselves. Starting this weekend, we'll play three games in three weeks against some very competitive opposition and this is important as we prepare for the pool games of the World Cup in UCD."

The squad named by New Zealand for the series against Australia is also expected to the squad that travels to the London and Dublin,

The Ferns won their two games series with Australia last month with relative ease – 67-3 and 29-3 – results that were no great surprise, the Ferns maintaining their 100% record against a team that had not played since 2014 and that is over 12 ranking points below them.

Their opponents in this series will be stronger – but New Zealand also played both England and Canada in June last year, and won relatively comfortably. Since their defeat to Ireland in the World Cup in 2014, they have won seven tests by an average margin of 38 points.

Indeed, they have won 16 of their last 17 tests going back to the start of 2013, including four against England and three against Canada, racking up 703 points and conceding just 157. In that time they have never failed to reach double figures, something that their opponents managed in only six of the 17 games.

In short, the Ferns will be travelling with justified confidence – and the desire for revenge.