Four women's rugby teams, drawn from the Women’s Sevens World Series, will take part in the first indoor “RugbyX” tournament in London in October - with equal prize money for women's and men's teams. 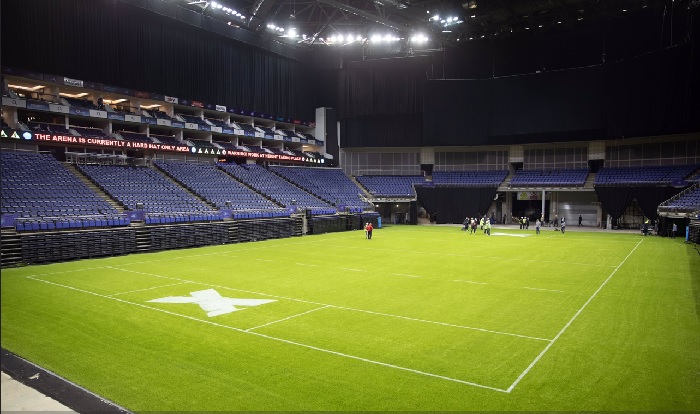 England, Ireland, France and the United States will take part in a unique experimental indoor knockout tournament on 29th October to be held at The O2 in east London, with the women’s games sandwiched between games in a parallel men’s event.

The rules will generally be those of normal Sevens, except that the pitch will be roughly half the usual size, teams will be five-a-side, and there will be no line-outs or conversions. Games promise to be exhausting - ten minutes long, with no half-time (hence, presumably, the “X”).

Squads have yet to be released, but organisers tell us that Amee-Leigh Murphy Crowe has signed up for the Ireland squad, France will include Chloe Pelle, Shannon Izar and Anne-Cecile Ciofani, England’s squad will feature Heather Fisher, Deborah Fleming and Amy Wilson-Hardy, and the United States will be able to call on exciting speed and power of Alev Kelter and Naya Tapper.

The size of the prize pool has not been released, but in something of a first for the game appearance fees and prize money will be the same for both the men and women.

In the first session England will play France in the first semi-final at 4.45pm, and Ireland will take on the United States at 5.35. In the evening the losers will meet in a third-place game at 9.10pm, with the final at 10.00pm. Tickets will be £20-£70 for each session, each of which will also include five or six men’s games.

World Rugby have sanctioned the event, including the experimental rules.