It was week 5 in France’s Elite 1 – and the last planned weekend of rugby before December - and despite more COVID-related postponements we now know  half of the teams who will play for the championship in the second phase. 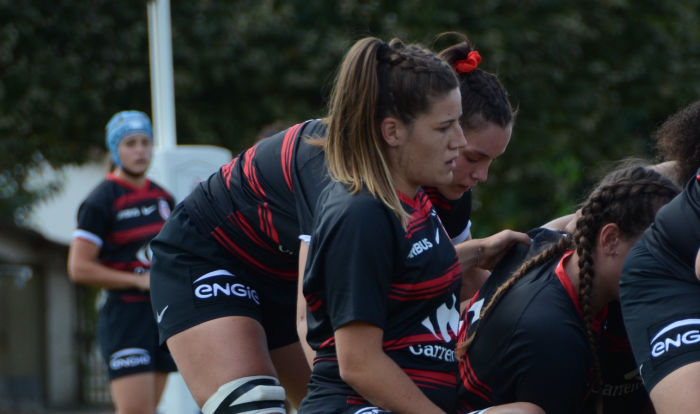 It was the fifth scheduled weekend out of six in the first phase of France’s Elite 1 league this weekend – and again a quarter of the games were cancelled.

Romagnat were again unable to take the field following the COVID outbreak that sent 17 players into isolation after a second team game in Rennes on 20th September. It was therefore no surprise to see that Rennes were also sidelined, unable to complete their planned game at Rouen.

Both games have already been rescheduled for the planned international break, however, and the first phase remains on target for completion in December.

In Poule A Lille at last found winning form, recovering from being 5-8 down after 22 minutes to run riot in the final 50 minutes with seven tries giving them 52-8 win, Milena Soloch crossing the line twice.

It is a win that gives Lille an outside, if unlikely, chance to catch Lons after they crashed to a 62-6 defeat to Montpellier, Cyreille Banet’s first half hat-trick setting Montpellier on their way to a 10-try win, Marine Menager also ending the game with two tries.

Toulouse returned to the field and also wrapped up a play-off spot from Poule 2 with a 50-10 win at Stade Francais, a brace of Laurie Sansus tries either side of the break being one of the highlights. The only question in Poule 2 being whether Rennes or Toulouse will top the section.

Just over the river from Toulouse, Blagnac wrapped up their place in the last four with 34-0 win over AS Bayonnaise. Lyon won their first game of the season with a narrow 14-10 win over Chilly Mazarin and could mathematically still catch Bayonne, though it seems improbably.

Finally, in Poule 4 Bobigny managed to get into the field for only the second time in five attempts and celebrated with a 12-9 win at Bordeaux. With only five out of ten scheduled games so far played in the pool it will be a few weeks before we know who will qualify from here.

After this weekend we therefore know that Montpellier (Poule 1) , Rennes (2), Toulouse (2) and Blagnac (3) are sure of their places in the Top 8 in the second phase, where they will almost certainly be joined by Lons (1), Bayonne (3) and Romagnat (4), a line up that (Lons aside) matches pre-season expectations