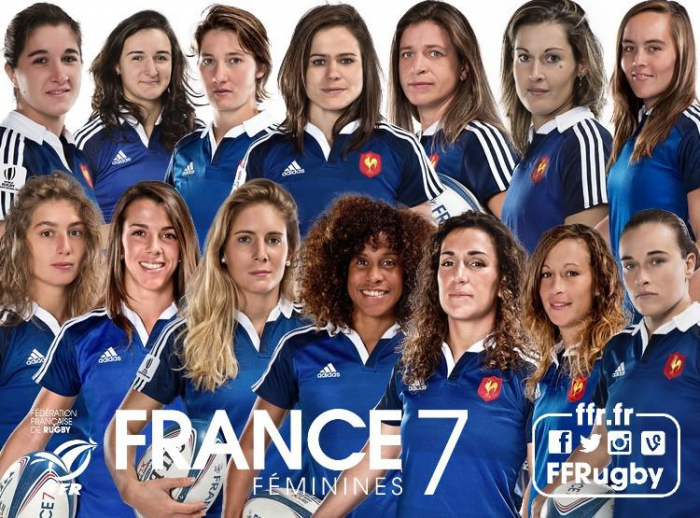 The final selection has proved difficult for coach David Courteix. “The challenge was to find the balance between players and compared to our opponents and the requirements of the finals,” he said. “We hesitated a lot but in the end must make a final choice."

Much of the squad is as expected, though this actual 12 has not been selected together before. The return to fitness of Ladagnous (who suffered what had looked a Games-threatening injury in Clermont) will have been a real bonus for Courtiex, and probably resulted in Tremouliere being dropped into the reserve (although she still goes to Rio).

Even so there have clearly been some tough decisions, with several of those selected making comments similar to that of Amiel - “a mixture of feelings between the joy of being part of the privileged group and the sadness of seeing my friends deprived of this chance”.

Players who have made regular WSWS appearances but will not be going to Rio include Fourcade, Gueucier, Pelle and Lissar but – although she travels - the biggest surprise must be that Le Duff will only be a reserve, having been such a central figure for France for the past two years. In the end Courtiex seems to have favoured his younger sevens “specialists”, such as Biscarrat and Guerin.

The squad and Great Britain will meet for one more joint three-day camp before travelling to Rio.

The squad includes nine players from the final round in Clermont, with Kanematsu, Ohkuroda and Koide returning to the squad having not appeared since Sao Paulo or Dubai. The most notable absences are Ayaka Suzuki, who was something of a regular throughout most of the season, and the massive presence of Mateitoga Bogidraumaindave.

Although unlikely to be in contention for medals, the tournament will be vital for Japan as they will be playing against Brazil, Kenya and Colombia for a place in next year’s World Series. Whoever is ranked highest of the four in Rio qualifies for the 11th core place.