Women’s elite rugby has returned in only two of the world’s top dozen countries – New Zealand and France. Even so France’s second weekend was still decimated by Covid-related postponements. 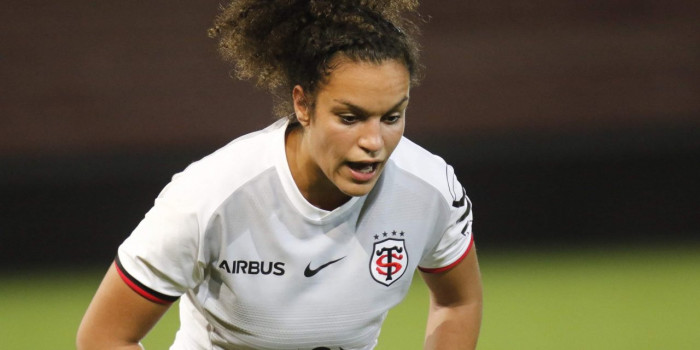 France is well ahead of most of the rest of the world with its return to rugby, but nonetheless half of last weekend’s French Elite games were COVID-19 related-postponements, added to one in the first week.

Stade Toulousain’s Laëtitia Bobo was one of those caught up in last week’s rash of midweek cancellations and our friends over at Rugby au Feminin spoke with her about the long wait to get back on the field, the uncertainty created by this stuttering restart, and the pressures of playing elite rugby under COVID.

Rugby au Feminin: The championship was finally launched last week after 6 months of hiatus. How did your preparations go?

Laëtitia Bobo: “We had two friendly matches against Dax and Blagnac. It allowed us to get back on our feet, because after six months of stoppage, going straight into the championship could have been a bit difficult. Those two games have allowed us to try a lot of players and experiment so that they take the best place in the team.

“During the first match of the championship, the coaching staff's objective was also to give as us playing time and to get the youngsters on the field. It went well. As the line-up was new, we had to find our place during the first half, but in the second we managed to run our game better and score. Rouen also gave us a good game.”

RF: What are the feelings or state of mind after a six-month break without competition?

LB: “We were all so happy to come back. We've been waiting for this for a long time. The close-season was very long. We were eager to resume training even if the return to rugby was difficult, with the pace, the intensity. We couldn't wait to get back to the championship. The girls are enthusiastic, there is a good group dynamic.

“There are still a lot of things to work on, we have to get our bearings and that's normal after a long stoppage like that. We have integrated young hopefuls into the squad, it is necessary that we all work together. We develop patterns, routines.

“In training we first worked a lot on the attack, now we will are focusing more on the defensive side to find our shape.

“We must also adapt to the new regulations. The rules in the ruck are now stricter, it's up to us to adapt and know how to play with them. It gives the edge to the tackler, and requires more support and responsiveness.”

RF: Were you concerned about finding your rhythm?

LB: “In the friendly matches it was a bit tricky, against Rouen we set a good pace and in training the dynamics are better.”

RF: This week the club announced a case of Covid-19. How was it experienced within the squad? What protocol was put in place this week?

LB: “In the squad there wasn’t any worries but we had to be careful. I think we mentally stepped backed from the situation. And we knew that at some point or another this was bound to happen.

A girl in the development squad got it. We therefore followed the protocol: isolation of the players and COVID tests after seven days. A total of 60 players had been in contact with this player in training. We have almost all had the results of our tests and so far they have all been negative.”

RF: Were you worried that this would break up your momentum?

LB: “Of course, we are not used to having a break so early after the start of the season, it's weird. Apart from that, I think that the team has the resources to return to the championship after this week and prepare all the better for our next match against Rennes. We can't wait to meet them.”

RF: Do you think the coronavirus could prevent the championship from running smoothly?

LB: “The season will be different but I can see that the new protocol* now announced by the FFR is a change, in terms of Covid cases, that should prevent there from being too many future games postponed. The season may now be less disrupted.”

*The FFR’s new regulation if these is a Covid-19 case that “In the event of suspicion or detection of a Covid-19 case, the person suspected or testing positive is isolated”. This is a significant change to the earlier regulation that said that the entire group was to be placed in isolation.

Four games were completed in Elite 1 last weekend – most again resulting in large wins for the leading teams.

Pool 3 saw a clash between the division’s top two teams, Bayonne coming out 27-17 winners against Blagnac.