Just two years after doubling the size of its elite league, France will be taking a step backwards from next season. 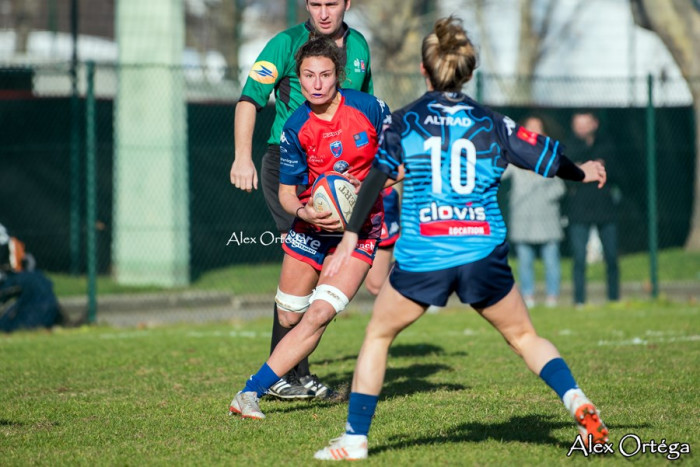 It is barely 18 months since the new elite league in France kicked off for the first time. Also known as the Top 16, it replaced the former Top 8 league following the election of Bernard Laporte as president of the FFR. Although allowing a further eight clubs into the top level of French women’s rugby was seen by some as a slightly cynical vote winner, it was always said that the aim was to discover and develop more elite players by allowing them to compete at the highest level.

But it hasn’t really worked that way. The old Top 8 was one of the most competitive domestic leagues in the world. Large wins were rare and, although Montpellier tended to win most seasons, games were tough and wins by no means guaranteed.

Elite 1 (as the Top 16 is officially called) has not proved anything like as competitive. Teams reaching 100 points in games has not been unusual, and most matches have been thoroughly predictable. Only in the final knockout play-off stage (which did not take place this year) were the top teams seriously tested.

It had been hoped that there would be more movement of players to the lower ranked teams, because in the past this would have meant a drop into a lower league, and while there have been a few moves they have not been significant.

As a result, there has been little change in the make-up of the true elite. Apart from Lille – who have had a massive rebuilding task since their coach and most of their senior players left after the final Top 8 season in 2018 – the top teams from 2017/18 are still the leading teams today. It is very likely that if this season’s play-offs had happened at least seven if not eight of the teams would all have been from the 17/18 Top 8.

As well as not providing a base to develop players in competitive situations, it has been very noticeable watching from afar that media coverage of Elite 1 has noticeably less than for the old Top 8. One-sided games do not attract much interest.

Last November an Elite Women's Rugby Commission was created with representatives from the clubs as well as the national teams – a major step forward as previous reorganisations in France have largely been dictated from the centre. The make-up of the championship, as well as player health, were major considerations.

This week – at roughly the time when the Elite finals should have been taking place – their redesign has been announced.

There is an inevitable level of compromise. There will still be 16 teams in Elite 1, but instead of being divided into two pools of eight they will be divided into four pools of four, which means that the opening phase of the championship will be over by roughly the end of the year.

Then the pools will be redrawn with the top eight teams from phase one competing in two championship pools, eventually leading to the playoffs, while the bottom eight play for their places in the next season’s Elite 1 in two “maintenance” pools.

While phase one is still likely to feature some one-sided games, it is confidently expected that phase two will be ultra-competitive (in both the championship and maintenance pools), developing players and media interest.

It was initially intended that there would be no change to the clubs in Elite 1. However, after a difficult two years back at the top level, Caen have now resigned their place, wanting to “rediscover [their] pleasure and motivation to play”. La Valette (from Toulon) – who last played at the top level in 2015 – will replace them.

(With thanks to Rugby au Feminin - the French Scrumqueens!)