France have announced two almost completely different teams for the upcoming Sevens tournaments in London and Amsterdam – even the manager is being rotated! 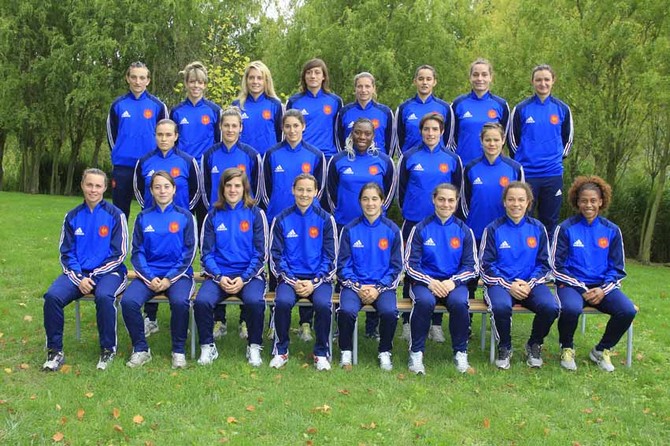 Only Rennes’ Jade Le Pesq will play in both tournaments as the French coaching team begin to select their final squad for the World Cup.

Unusually the London tournament will take place on the same weekend as the final round of French club championship. However – and fortunately for the FFR – all major play-off and relegation places have been decided, so there have been no last minute withdrawals.

Even so the selection of five Lille players in the overall squad while their club is preparing for the semi-finals of the French Championship has also meant that the FFR had to agree not to select all five for the same weekend. As a result the Di Muzio sisters and Alexandra Pertus will travel to London, while Chloé Pele and Shannon Izar go to Amsterdam.

Overall there is little to choose between the squads on paper. New faces are split across the tournaments – Caroline Boujard and Lina Guerin make their international debuts in London while Amélie Mugnier will play her first game for Les Bleus in Amsterdam – and more experienced and well-known stars are equally divided, with players like Jennifer Troncy and Caroline Ladagnous going to London while Julie Billes and Marjorie Mayans play in Amsterdam.

Perhaps one of the most intriguing selections is in the management team with fifteens coach Christian Gallonier managing the team in London while Julien Trehard, sevens specialist and “chef de project” for sevens at the FFR, runs the team in Amsterdam. Neither have had a similar role with the women’s sevens in previous tournaments.

Both teams, and managers, will be under the watchful gaze of David Courteix – lead coach for the women’s sevens – who will be attending both events.