The final round of the French Top 10 league phase was played last weekend. 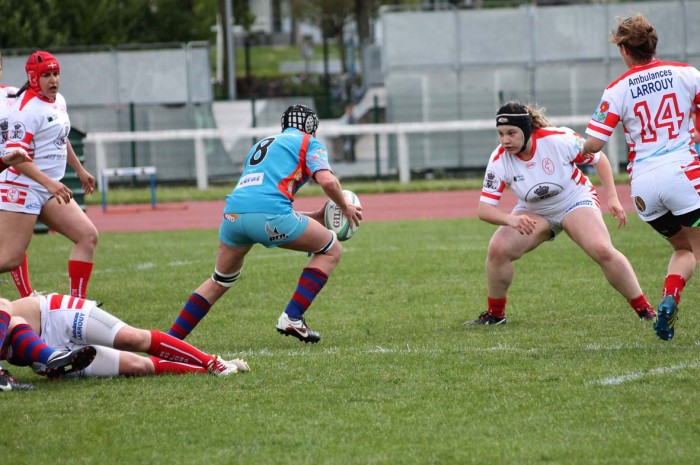 Only one question remained unanswered before the final round of the Top 10 regular season in France last weekend – whether Lille could hang onto their top three position, and thus avoid Montpellier in the play-off semi-finals.

After back-to-back defeats, Lille risked dropping into fourth place after Caen’s run of seven wins in eight games. However, despite having three leading players unavailable due to the London Sevens,  Lille put in the performance of the day. Six tries, three in each half, swept them to a 47-17 win over Rennes – and second place in the final table.

They will meet Lons in the semi-final, who dropped to third in the table after losing to Caen – despite a comeback from being 18-0 behind at half-time. Lons dominated play in the second half, pulling back to within seven points before a third Caen try finally broke their resistance.

Caen will now play Montpellier in their semi-final on 26th May as the runaway leaders eased to their 16th win in 18 games with a 12-3 win over St Orens.

Outside the top four, 2011 champions Perpignan completed a disastrous final third of the season with another defeat – this time going down 34-19 against Bobigny – but retained fifth place. And Sassenage lost their 18th game of the season, but picked up a point, as they lost 14-8 in Bordeaux.