France U18s overturned their third place in last autumn’s European U18 championship to win a place in the 2018 Youth Olympics in Montevideo - without conceding a point. 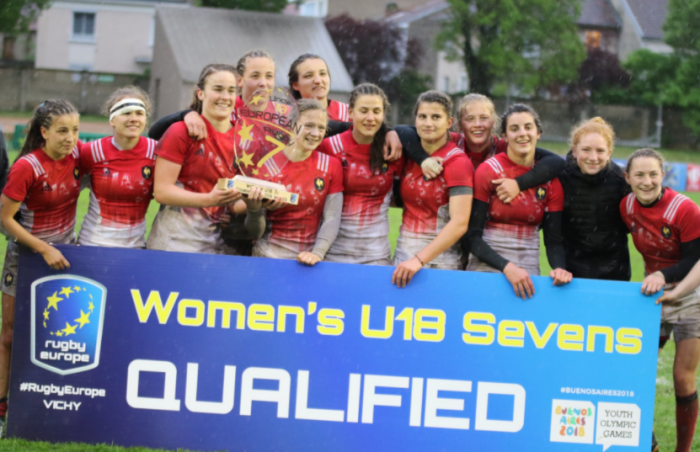 From the beginning of the tournament it was expected that the title would come down to a contest between Great Britain and France, the hosts.

Only eight months ago Great Britain – playing as England - won the European U18 championship for a third time, having also won in 2014 and 2015. In 2016 they were knocked out by Canada, so prior to the championship they had never lost to any European opposition.

France, on the other hand, did not compete before 2016 when there were winners, before losing in the pools to Ireland and in the semi-finals to England last year.

Given their record, England – playing as Great Britain - began the tournament as clear favourites, and swept through Pool A without conceding a point, while France were similarly impressive in Pool B. Spain and Ireland won Pools C and D, but only with the help of narrow victories over Portugal and Netherlands respectively.

The quarter-finals largely followed this pattern – other than Spain’s unexpected loss to Italy, a defeat that ensured that Europe’s representative at the 2014 Games would not be returning in 2018.

When Great Britain beat Italy 15-0 in the first semi-final, and France beat Ireland 27-0 in the second, it meant that both teams has reached the final without conceding, with Great Britain scoring 181 points, and France 180. A close final was expected.

In practice France took the advantage, leading 10-0 at the break, before scoring two more tries in the second half as Great Britain chased the game.

“We’re really disappointed not to have secured the win against France and subsequently the experience of playing in the Youth Olympics but the overriding emotion from across the weekend is a great sense of pride in what we have achieved in such a short space of time,” said GB coach James Cooper. “We worked really hard in the two training camps we had as a squad and we’ve learned a lot over the two days here in France, constantly building our performances.

“Ultimately, when it came down to the final we didn’t finish off some of the chances that we created which cost us the winning spot. Congratulations to France who put in a great performance and will go on to play in the Youth Olympic Games.”