Despite the growing pile of postponements, it is becoming clearer who the leading eight teams competing for French championship will be. 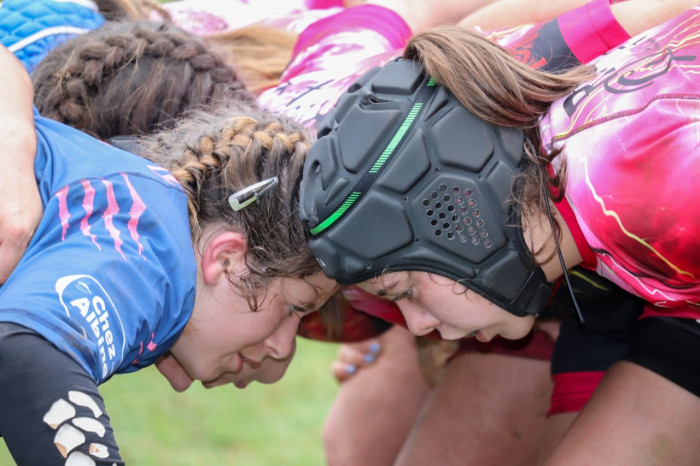 Week four of the French Elite 1 and the list of postponed games grew with two more added to the pile this weekend.

A quarter of the scheduled games in the first phase have been called off so far due to positive COVID tests. Bobigny again suffered – their game against Romagnat called off due to 17 opposition testing positive following a visit to Rennes on 20th September. The Parisians have played just one their four planned games in Poule 4 so far.

The other postponement again featured Stade Toulouse – the 2019 beaten finalists sitting out for a second weekend, this time for their game against Rouen.

All of the eight postponed games have now been rescheduled for what was meant to be the international break in mid-October and November, which may lead to some unexpected results as clubs could have key players missing.

The top two teams from each four team pool will play-off for the title in the New Year and despite the missing games several of these teams can already be identified.

In Poule 1 champions Montpellier have unsurprisingly qualified for the next stage with another big win, this time 55-6 against struggling Lille. They will almost certainly be joined in top eight by Lons who recorded and impressive 42-0 win over La Valette.

Blagnac and AS Bayonnise also look well-placed in Poule 3, although a try in each half from Chloe Jacquet nearly resulted in a surprise win for Lyon in storm-lashed Bayonne, the boot of Bayonne’s Lauraine Lissar saving the day for her team with a 13-13 draw. In the pool’s other games a brace of tries by Carla Neisen were enough to secure a 20-0 win for Blagnac against Chilly Mazarin. While it remains mathematically possible for Chilly and Lyon to catch Blagnac and Bayonne, in practice this seems unlikely.

Postponements in Poule 2 make it harder to read, buy Rennes’ 57-5 pummelling of Stade Francais suggests that the mathematical possibility that Stade could catch Rennes improbable. Toulouse seems most likely to join them in the last eight.

Only half of the games in Poule 4 have been played with again only one match being played this weekend – Bordeaux beating Grenoble 20-10.