The move from a “Top 8” to an “Elite league” of 16 teams remains questionable as the new format opened its second season. 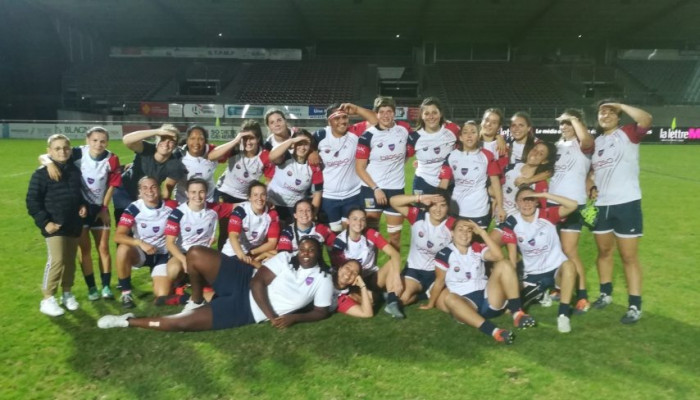 The big question as the French Elite league opened its second season in its new 16-team format was whether the gaps between pre-2018/19 “Top 8” and the rest would show any sign of closing.

And the answer, at least after the first week, seemed to be… no.

The only team from the old Top 8 that finished outside the top 8 last year was Lille, who – have lost their coach and a raft of players – were “rebuilding” last year. This slightly re-sorted the old elite, and as a result “Poule 1” this season has only three Top 8 teams (Bobigny, Bayonne and Montpellier), while “Poule 2” has five (Blagnac, Toulouse, Rennes, Lille and Romagnat).

Of the six “Top 8” teams who played non-Top opposition in the opening round of games – whether they were playing at home or away - only one failed to score over 50 points.

Reigning champion, Montpellier beat last season’s leading team from outside the Top 8, Grenoble, in Grenoble 62-20. At halftime they had only lead by 19-15 but Safi N’Diaye lead a runaway second period for the champions.

AS Bayonne also won easily against Rouen by 64-3, Blagnac ran riot at home to Caen, winning 77-0, Romagnat celebrated the return of Jessy Tremouliere to their ranks by travelling to Bordeaux and coming away with a 70-17 win with Tremouliere scoring their final try, and Toulouse returned from newly promoted Lyon with a 53-0 win.

Only Bobigny failed to win by a large margin, though their 29-3 win over Lons saw them lead all of the way and take away a bonus point.

In Poule B Rennes and Lille came together. Has Lille’s rebuilding closed the gap? A six-try win for Rennes suggests that Lille may struggle again this season.

The closest game of the day was the capital city derby that saw Stade Francais beat Chilly Mazaarin 22-11, coming back from being 5-6 behind at halftime.