The French Elite Championship has now closed down until after the Six Nations. What has been happening since we last looked at the league before the Autumn Internationals 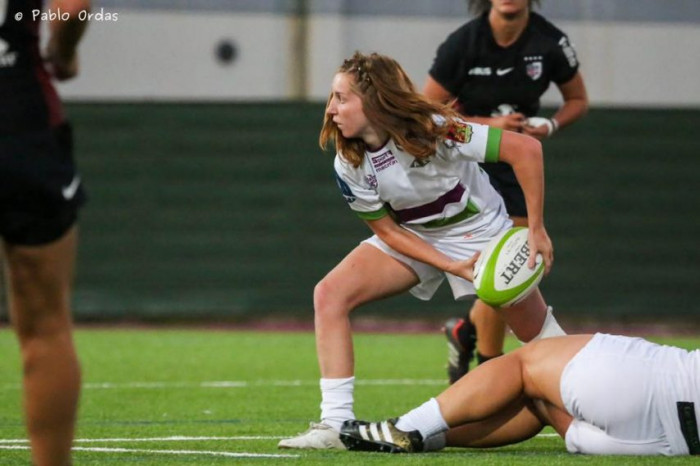 We last looked at the French Elite League before it closed down for the Autumn International at the end of October. At that time Montpellier and Toulouse lead the two pools, and the teams from the old 2017/18 Top 8 continued to dominate the league.

The league returned on 30th November for three rounds before the end of the year and the start of a break for the Six Nations.

Champions Montpellier continue to run away in Poule A, with three more wins from their three December games. This is a star-studded team, no more so than for their game in 7th December when with their match-day squad that included ten of the biggest names in French rugby (Sochat, Mignot, N’Diaye, Troncy, Banet, Boujard, Vanthornout, Peyronnet and both Menager sisters) they took apart Grenoble - generally considered to be probably the strongest of the non-Top 8 teams – by 74-7.

Not all of Montpellier’s stars are available for all of their games, but with only eight of the ten the week before they travelled to beat Chilly Mazarin 57-3, and last weekend when absences meant that they were unable to select a full 23 they were still able to overpower Stade Francais 32-3.

The other two Top 8 teams in Poule 1 – Bobigny and Bayonne – lie second and third in the pool, despite having played two games fewer than other teams. Bayonne, with World Player of the Year nominee Pauline Bourdon, have only managed to play one game in December (their other two matches have been postponed) when they beat Grenoble 38-7 on 1st December.

Bayonne are due to play their postponed game against Bobigny at the of January in what should be the decisive game for deciding who takes the runner-up spot in the pool. The Parisian team lie second and picked up two wins in their other December games, beating Stade Francais (29-15) and Lons (34-19). Both teams look certain to make the quarter-finals.

Who the fourth team from Poule 1 will be is, on the other hand, wide open. Despite some big losses to the top three, Lons, Grenoble and Stade Francais are within a single win of each other. For them these three teams there will be everything to play for when the league returns in March.

The pattern in Poule 2 has been similar to that in Poule 1. Toulouse (with players such as Hermet, Traore, Imart, Boudaud, Cabalou, Divoux, Ferer) picked up three wins against Lille, Lyon and Rennes to remain unbeaten at the top of the pool.

Postponements have also hit Poule 2, but if there is a team that could upset Montpellier and Toulouse is would appear to be Blagnac with a 38-0 win over Lyon and a massive 95-7 win away at Caen. 12 points behind, but with a game in hand over Toulouse, they could yet catch them if Stade were to slip up. Jessy Tremouliere’s Romagnant are similarly well placed after wins over Rennes (32-5) and Bordeaux (54-0).

As in Poule 1, the remaining fourth spot remains hotly disputed, this time between Top 8 teams Lille and Rennes. Lille have been rebuilding after losing their coaching team and most of their squad after the 2017/18 season, but there are signs that this process is gaining traction. The only Top 8 team to miss out on last season’s quarter-finals, their 21-3 win against Rennes on 8th December puts them in fourth place, two points above their rivals with a game in hand.

The league now goes dormant for just over three months (apart from a few rearranged games), with six of the eight quarter-final spots largely decided but with five teams gunning for the final two spots. So for most teams there is still a lot to play for.