Postponements earlier in the season ensured that the first rest weekend in this year’s Six Nations was no rest at all for six of the ten teams, as they took part in crucial clashes affecting both the top and bottom of the table. 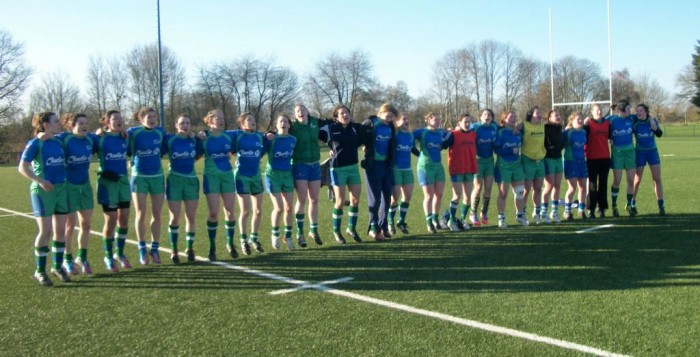 It is a sign of the times (and recent weather in France) that two of the three games took place on artificial pitches – but the opening game, on Saturday evening was on traditional grass. Caen – still chasing a place in the top four – took on Bobigny in a tense game with the suspense continuing until the final whistle ... but the home side won (10-5). After three defeats in a row, it was an important – even vital – victory which keeps them in fifth, just in touch with the teams above.

On Sunday the action first turned to the very bottom of the table, and an even greater nailbiter on a brand new facility at Tournon sur Rhône, some 70 miles west of Grenoble - the normal home of Sassenage.

The “Isere” were hosting a vital bottom-of-the-table clash with Stade Bordealais at the ground to ensure it could take place at all. With survival in the Top 10 at stake, the last thing that either team needed was a fixture pile-up.

Sassenage began the game bottom of the league, four points behind Bordeaux. A win would see them draw level, a defeat could double the gap and the game began well for the “home” team, with a try by Laurène Camoin after only three minutes – repeated 25 minutes later when a quickly taken penalty took Sassenage 14-0 ahead. However, Sassenage have proved very capable of scoring tries throughout the season, but their Achilles heel has been their defence… and so it proved again.

A try for Bordeaux from Camille Grassineau narrowed the gap to nine points before the break. Soon after the restart, Diane Destombes – supported by the pack – scored a second try which, with the conversion, took the visitors to within two points. On 65 minutes Laurelin Fourcade broke from defence, and passed to Grassineau who sprinted 60m to score under the posts, and Bordeaux  ahead by 19-14.

Two yellow cards to now allowed Sassenage back into the game, and despite desperate defence, they finally broke through to go ahead 21-19 with five minutes remaining. But it is an advantage that does not last long. From the restart  Bordeaux – now back to full strength – drove forward. A penalty five metres out is the final play of the game, and Anaïs Lagougine crashes through the Sassenage line to score. 26-21 to Bordeaux  – and a long, celebratory, journey home.

After that it was back north, and the continuation of the Lille story. From second division to being one win away from going to the top of the league for the first time in their history in less than two years – could they do it? It was a tough ask. Lille are the only team in the top half of the table with no players in the French Six Nations team, and they were having to travel to Rennes, home of Sandrine Agricole, Jade Le Pesc, Helene Ezanno and Lucille Godiveau, who were on a roll after three straight wins.

But Lille were not be denied. After a slow start, with Rennes going ahead from an early penalty, Lille began to find their feet on the unfamiliar artificial pitch, and were three tries up by the break (22-7). However, the chance of a bonus point was snatched away by Le Pesc early in the second half as she touched down for Rennes, and although Lille never seemed seriously troubled in defence, and Soloch scored a fourth try for them near the end, they had to settle for only a four point win.

However that was enough to put them equal top of the league alongside Montpellier, and one point ahead of Lons. There will be another round of games on 3rd March, and then after the Six Nations the run for home will begin. It promises to be very tight indeed.

Top four teams qualifiy for the play-offs. Bottom team is relegated. Ninth place plays off against the team finished second in the second division ("Armelle Auclair").

PR=promoted from the second division